« Riots Sweep Across East Jerusalem | Main | RCA's Lack Of Transparency With Regard To Abuse Complaints Against Its Rabbis Needs To Change, JOFA Says » 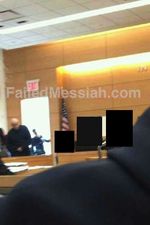 A Satmar hasid who allegedly took pictures of a child sex abuse victim as she testified against a Satmar community leader in his 2012 trial was slated to have the charges against him dropped Friday. 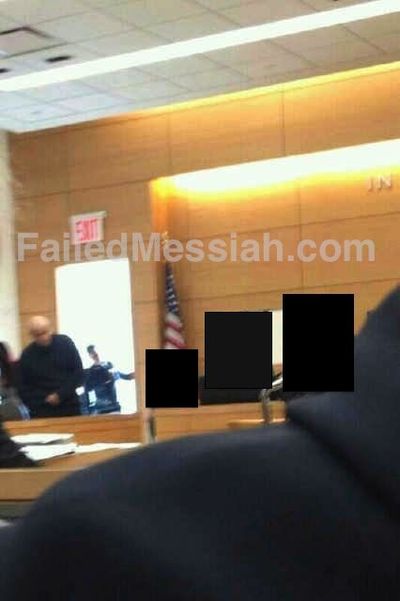 A Satmar hasid who allegedly took pictures of a child sex abuse victim as she testified against a Satmar community leader in his 2012 trial was slated to have the charges against him dropped Friday, the New York Post reported.

24-year-old Yona Weissman was charged with contempt when a photo of the 17-year-old girl testifying against Nechemya Weberman was found by court officers on Weissman’s phone. The photo was also posted on Twitter and emailed to several news sources, including FailedMessiah.com.

In August, Brooklyn Criminal Court Judge Michael Gerstein ruled that court officers violated search-and-seizure laws and barred the photo from being introduced at trial. Gerstein made that ruling based on a recent US Supreme Court ruling he appears to have misinterpreted.

Gerstein is also the judge who ruled that there was no jury tampering in the 2012 trail of Rabbi Yehuda Kolko. The serial pedophile was acquitted of violating an order of protection and harassing one of his child victims. The mother of a juror sat in court during the trial, became friendly with Kolko and appeared to be signaling her daughter to vote in Kolko's favor.

“There’s no evidence anymore, so that’s it. You need the evidence to convict and without evidence there’s no case,” Weissman’s defense attorney, Izzy Fried, told the Post. He said the prosecutor called him Thursday to say the case would be dismissed.

“[Weissman] maintains his innocence. He didn’t do anything wrong. The fact that he had the image on his phone that they illegally searched doesn’t mean he snapped the picture,” Fried added.

The three other Satmar hasidim accused of having a role in the taking and distribution of that photo have already had their charges dropped.

The victim’s husband was upset that no one involved in the attempt to intimidate his wife would be prosecuted.

“[Weissman] should have gotten a year in jail. He’s the one who took the photo and he definitely tried to intimidate us,” the husband said.

Brooklyn DA Ken Thompson chose not to appeal Gerstein’s ruling and instead blamed the dropped charges on his predecessor.

“Unfortunately, this is a bad case left over from the previous administration,” a Thompson spokeswoman told the Post.

Gerstein’s ruling is likely wrong because probable cause appeared to exist to search Weissman’s phone. The search done by court officers was done specifically to look for that photo, to prevent it from being distributed and to make sure there was no  imminent threat to the victim – who was sexually abused by Weberman over a several year period beginning when she was 12-years-old – or her family.

Despite massive and widespread intimidation and harassment by Satmar hasidim against her and her family, the victim testified against Weberman, who was found guilty.

He is now serving a 50-year prison sentence.

But the Brooklyn DA’s office has allowed some of those Satmar harassers to go unpunished while it cut sweetheart plea deals with others – including a Satmar hasid, Abraham Rubin, who tried to bribe the victim and her now-husband with $500,000 to leave the country and not testify against Weberman.

Despite Eyewitness Accounts, Judge Finds No Evidence Of Witness Tampering In Kolko Trial.

A Satmar hasid who allegedly took pictures of a child sex abuse victim as she testified against a Satmar community leader in his 2012 trial was slated to have the charges against him dropped Friday.