« Would Alleged Voyeur Rabbi's Illegal Behavior Have Been Stopped By Making His Wife Into His Own Personal Web Cam Girl? | Main | Government Files Suit Against Kiryas Joel Slaughterhouse » 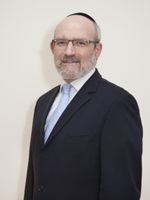 Shechita UK, the British Jewish community's haredi-dominated pro-Jewish ritual slaughter organization, has a long history of lying about the humaneness shechita. Now it's scientific adviser – Dr. Stuart Rosen, a haredi cardiologist – has written a deceptive article on the topic.

Shechita UK, the British Jewish community's haredi-dominated pro-Jewish ritual slaughter organization, has a long history of lying about the humaneness shechita. Now it's scientific adviser – Dr. Stuart Rosen, a haredi cardiologist – has written a deceptive article on the topic for an Orthodox-leaning British Jewish newspaper, the Jewish News:

John Blackwell’s views are disappointing, given the length of time recently spent by Shechita UK, explaining to him and his British Veterinary Association colleagues, how pre-occupied Judaism is with animal welfare – as well as the nature of shechita, including its physiological aspects.

We indicated the extreme unreliability of the ‘scientific basis’ of the anti-shechita stance.

The case for shechita has been made numerous times. For Jews, it is a key mitzvah and the only method of slaughter through which meat may be made permissible for consumption.

It has the unique ability to achieve an integral and irreversible stun and slaughter, achieved by severing the anterior structures of the neck with a rapid transverse incision using a surgically sharp instrument.

This causes an immediate and dramatic fall in flow of blood through the parts of the brain that mediate sensation and immediate loss of consciousness and sensibility to pain.

All methods of mechanical or electrical stunning are prohibited by Jewish law because an animal must be unharmed and healthy at the point of slaughter, in accordance with Jewish law.

It’s extraordinary Mr Blackwell continues to equate (mechanical) stun versus non stun as compassion versus non-compassion. The notion that concern and understanding of animal welfare is the BVA’s sole preserve is presumptuous to say the least.

He argues that his members face a simple choice between a “non-stunned animal, experiencing five or six seconds of pain, where they will feel (my italics) the massive injury to the tissues of the neck”or a blissful departure from this life through their favoured methods of stunning, either a heavy mechanical blow to the head or electrocution.

The anti-shechita movement has failed to produce any robust evidence for an awareness of pain or expression of suffering on the part of animals undergoing shechita. This has not been for want of trying. Dozens of studies have been attempted, all with the purpose of debunking shechita.

Each has had major methodological flaws that would have precluded acceptance in the higher level biomedical literature. This particularly applies to the EEG based body of work from Massey University in the past few years – its methodology has recently been comprehensively discredited by an international panel of electrophysiologists.

Despite this, Mr Blackwell goes beyond a claim of the possibility of sensation after shechita and states animals will feel pain. The argument shechted animals will ‘perceive the aspiration of blood they breathe in before they lose consciousness’ is even more unfounded, being the outcome of one limited piece of work in animals not subjected to proper shechita and with no independent assessment of sensation.

Yet Mr Blackwell maintains animals will feel pain. Paradoxically, BVA’s undimmed enthusiasm for all studies possibly critical of shechita is in sharp contrast with a complete lack of critical evaluation of the methods of mechanical and electrical stunning.

Mr Blackwell asserts as a given that ‘a correctly stunned animal [will be] experiencing a more humane death’. This is another evidence-free zone; if anything, it is likely that his favoured methods of stunning would generate substantial pain. And this is before one considers the many animals unfortunate enough to be mis-stunned.

Mr Blackwell notes that other groups share his position, citing the (no longer extant) Farm Animal Welfare Council (FAWC) or the EU group Dialrel. However, simply adding to the numbers of believers in his approach does not change the flimsy nature of the evidence they cite, a point not lost on the British Government when religious slaughter last came to a point of decision.

The most recent effort to try to undermine the case for religious slaughter is an attempt to quantify blood loss at the tissue level. It was an unusually poor study and has escaped review and acceptance by any major journal. It is actually totally irrelevant to either our religious obligation of shechita or to the welfare aspects of slaughter, but is already being wheeled out to serve the anti-shechita movement’s purposes.

Mr Blackwell declares that he and his colleagues ‘have to engage with… religious groups’ and that concerns over religious issues are ‘important’. Yet he quotes a deeply offensive, misleading and prejudiced quotation from an anonymous ‘Jewish vet’ referenced by Lord Trees in a House of Lords debate.

It included no counter-arguments to suggest a balanced, considered view; only a visceral and emotive response to slaughter which actually could just as easily apply to conventional, industrialised appraoches where mechanical stunning is used.

As long as the BVA fails to acknowledge the unreliable nature of the science it quotes, and continues to peddle the notion that religious slaughter equals barbarism, we will be left with serious doubts as to its good faith.

First of all, Rosen is not qualified to issue any type of professional opinion on this issue. He is not a large animal biologist or a veterinary animal welfare expert. (See his CV here.) He has never published a peer reviewed article on shechita or on any other animal welfare issue – or on anything that has to do with large mammals like cattle.

Secondly, he's lying. Anyone who has actually worked in shechita has seen multiple animals slaughtered but who took minutes, not seconds, to lose consciousness. The Agriprocessors-Rubashkin scandals brought us all video of this taking place that even included a slaughtered bovine getting up off the floor and trying to run away as blood spurted out of its throat. (Watch one very disturbing video here.)

Perfectly done shechita in pristine conditions can be what Rosen describes. But real world slaughterhouse conditions are in no way pristine and very few shochtim (ritual slaughterers) are able to consistently do perfect shechita.

Honesty and truth have never been part of Shechita UK's repertoire.

Shechita UK, the British Jewish community's haredi-dominated pro-Jewish ritual slaughter organization, has a long history of lying about the humaneness shechita. Now it's scientific adviser – Dr. Stuart Rosen, a haredi cardiologist – has written a deceptive article on the topic.