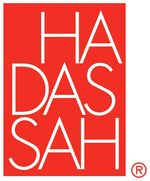 Hadassah tried to teach Orthodox rabbis the science of brain stem death and organ donation so they would better know how to advise families, and a haredi rabbi used his muscle – much of which is based on previous violent haredi riots – to stop it.

This, Hadassah ladies, is where your money is going.

Hadassah Hospital recently hosted a seminar for about 50 Orthodox rabbis. Doctors from the hospital explained the science behind brain stem death and organ donation so the rabbis would better know how to advise the families of patients who unfortunately have lost all brain function.

At the seminar, the rabbis discussed various possible halakhic (Orthodox Jewish law) solutions that would allow organ donations to be made.

The seminar was reported in the local Jerusalem news portal Mynet, which is a sister site of Ynet and a subsidiary of the daily print newspaper Yediot Achranot.

Soon after Mynet’s report was posted, leaflets against the Hadassah were distributed in the haredi synagogues throughout the city, Ynet reported, claiming that Hadassah was scheming to "harvest patients' lives" – i.e., murder them for their organs.

Under Weiss’ lead, Edah Haredit has previously launched massive violent riots against Hadassah over a serious case of child abuse committed by a haredi mother that Hadassah exposed.

According to one of Weiss’ associates, Hadassah’s Zionist Orthodox rabbi agreed to Weiss’ the demand.

A Hadassah Hospital official with detailed knowledge what took place confirmed to Ynet that the organ donation education project would not take place in Hadassah.

“Rumors were spread in the haredi sector that Hadassah was holding rabbinical conferences, and all kinds of irrational elements were brought into the affair,” the source reportedly said.

The 50 rabbis also agreed to continue their cooperation with Hadassah – but they also promised not to offer hospital patients or their families any rabbinical guidance.

"We never assumed the task of training rabbis to be at the families' side during the time of death. Hadassah holds a dialogue with all layers of the public in Jerusalem, including the haredi public and its different streams. Hadassah holds a productive halakhic and communal dialogue with members of the Edah Haredit organization. Halakhic issues are regularly clarified with its leader and we always see his rulings in individual and general cases before our eyes,” Hadassah reportedly said in a statement.

Some haredi rabbis, the Chief Rabbinate of Israel and many (if not most) of Zionist Orthodox rabbis recognize brain stem death as death under halakha (Orthodox Jewish law).

But most haredi rabbis, led by strong opponents of the Chief Rabbinate, consider taking organs from brain stem dead patients for transplant to be murder. However, the vast majority of these haredi rabbis – the late Ashkenazi haredi supreme rabbinical leader Rabbi Yosef Shalom Elyashiv and his disciples, for example – allow their followers to receive these harvested organs, in part on the presumption that most organs come from non-Jews.

Israelis' penchant for getting on organ official donation lists outside Israel – taking organs from countries but rarely, if ever, giving organs – and the high number of Israeli caught trafficking in organs has made Israel a near-outcast internationally with regard to this issue – something the Israeli government has tried to change since the country's Ministry of Health left haredi control in March of last year.

Hadassah tried to teach Orthodox rabbis the science of brain stem death and organ donation so they would better know how to advise families, and a haredi rabbi used his muscle – much of which is based on previous violent haredi riots – to stop it.