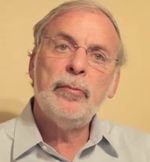 Orthodox New York State Assemblyman Dov Hikind and the Orthodox Union (OU) sponsored a job fair last week at the Young Israel of Midwood synagogue in the heavily haredi neighborhood of Midwood, Brooklyn and charged unemployed people $20 each to enter.

The OU reportedly has hundreds of millions of dollars in income each year from its kosher supervision business, which is the largest in the world.

Hikind has $792,691 of unspent money in his campaign account that legally could have been used for this purpose. But Hikind chose not to do that.

“I’ve never heard of an elected official holding a for-pay job fair. That’s not helpful to people who are unemployed. If you don’t get a job, you’re out of $20.” former Bronx Assemblyman Michael Benjamin reportedly said.

“There are expenses involved. It takes money to put this together,” Hikind huffed. He also claimed that unemployed people who came to the job fair and said they couldn’t afford to pay were allowed to enter anyway.

But the jobs fair had sponsors.

The Orthodox Union’s Jobs Board required employers to pay $200 to participate. Nonprofit organizations had to pay $100. Corporate sponsors that paid at least $500 were reportedly given special notice on the OU Job Board website and were mentioned in radio and newspaper ads.

The executive director of the OU Job Board, Michael Rosner, said people were able to pre-register for the job fair for free.

“It costs money. It involved a lot of back up work that just doesn’t happen,” Rosner said, pointing out that OU had to cover costs for the space – an Orthodox synagogue, no less – and for security. He also claimed that “95 percent” of the walk-inks who paid the $20 admission fee were aware of the fee beforehand. He also claimed people who said they could not afford to pay were allowed in for free. “We don’t rudely say goodbye. I personally passed through seven or eight people who couldn’t afford it,” Rosner insisted.

The OU’s financial records are not public, and many observers have long questioned what the OU does with its estimated hundreds of millions of dollars in yearly income.

More than 400 people attended the fair. How many got jobs – and how many spent $20 they could not afford – is not known.

Orthodox New York State Assemblyman Dov Hikind and the Orthodox Union (OU) sponsored a job fair last week at the Young Israel of Midwood synagogue in the heavily haredi neighborhood of Midwood, Brooklyn and charged unemployed people $20 each to enter.