The St Vincent's Hospital Heart Lung Transplant Unit has carried out the world's first successful distant procurement of hearts donated after circulatory death. These hearts were subsequently resuscitated and then successfully transplanted into patients with end-stage heart failure. And this should mean that soon, brainstem death – which many haredi rabbis do not recognize as death – will no longer be necessary for heart transplantation. 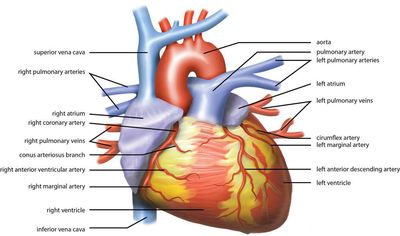 The St Vincent's Hospital Heart Lung Transplant Unit has carried out the world's first distant procurement of hearts donated after circulatory death (DCD). These hearts were subsequently resuscitated and then successfully transplanted into patients with end-stage heart failure.

Transplant Units until now have relied solely on donor hearts from brain-dead patients whose hearts are still beating. The use of DCD hearts, where the heart is no longer beating, represents a paradigm shift in organ donation and will herald a major increase in the pool of available hearts for transplantation.

St Vincent's has recently transplanted two patients using DCD hearts both of whom have recovered extremely well. The DCD transplants were carried out following pioneering basic and translational research undertaken by the Victor Chang Cardiac Research Institute and St Vincent's Hospital, who have jointly developed a special preservation solution that together with the use of a novel portable console to house, resuscitate and transport donor hearts; has made this milestone achievable.

The ex vivo Organ Care System (OCS – TransmedicsTM) involves the Transplant retrieval team connecting the donor heart to a sterile circuit where it is kept beating and warm thereby limiting the detrimental effects of cold ischaemia (a period where the heart is dormant without oxygen and nutrients) that occurs with the standard organ preservation mode of packing the heart on ice in an Esky. Once housed inside the portable device, the heart is reanimated, preserved and able to be functionally assessed until it is ready to be placed inside the recipient.

Coined the "Heart in a box", for the past several months the OCS has provided the transplant surgeons greater versatility with regard to both organ preservation and resuscitation. This has enabled the St Vincent's Transplant Unit to conduct several regular heart transplants this year through more long distance organ retrievals and most importantly, retrieval of "marginal hearts", that is, brain death hearts previously regarded as being unsuitable for transplantation.

This portable OCS technology will help significantly in mitigating the significant disparity that remains between the increasing number of patients with end-stage heart failure on the transplant waiting list and the number of suitable donor-hearts that are available. Whilst the use of DCD organs has already made an enormous positive impact on liver, kidney and lung transplantation, it has to date not been possible to use DCD hearts. This is the first time internationally that human heart transplantation has been achieved with hearts donated following circulatory death and procured at a distance with portable organ preservation technology.

In acknowledging the significance of this milestone for his Unit, Professor Peter MacDonald, Medical Director of the St Vincent's Heart Transplant Unit, Head of the Transplantation Research Laboratory at the Victor Chang Institute and Professor of Medicine at UNSW said, "In many respects this breakthrough represents a major inroad to reducing the shortage of donor organs. As we mark the 30th anniversary of the St Vincent's Heart Lung Transplant Unit and the 20th anniversary of the Victor Chang Institute this year, this is a timely breakthrough. In all our years, our biggest hindrance has been the limited availability of donor organs."

According to St Vincent's Heart/Lung Transplant surgeon and Victor Chang Institute researcher, A/Professor Kumud Dhital, who performed both transplants, "It is interesting to note that DCD hearts were utilised for the first wave of human heart transplants in the 1960's with the donor and recipient in adjacent operating theatres. This co-location of donor and recipient is extremely rare in the current era leading us to rely solely on brain dead donors – until now."

Posted at 05:42 AM in Med-Ethics, Public Health, Science | Permalink

The St Vincent's Hospital Heart Lung Transplant Unit has carried out the world's first successful distant procurement of hearts donated after circulatory death. These hearts were subsequently resuscitated and then successfully transplanted into patients with end-stage heart failure. And this should mean that soon, brainstem death – which many haredi rabbis do not recognize as death – will no longer be necessary for heart transplantation.