« Scientists Reportedly Find No Difference In Blood Presence Between Pre-Stunned And Kosher Slaughtered Meat | Main | How Big Are Your Esrogs? »

Will Teshuva, Tefillah And Tzedaka Rip Up The Evil Decree? 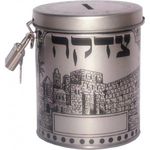 As Rosh Hashana fast approaches, a question is begged – but will your answer cut it?

Tomorrow night is Rosh Hashana, and one of the major components of Rosh Hashana is to give tzedaka (charity) to poor people just before the holiday starts and then again in the days between the end of Rosh Hashana and Yom Kippur.

Even so, as I previously reported an increasing number of haredi and Modern Orthodox synagogues in the New York City area have adopted restrictions that prohibit or excessively limit the access of poor people to synagogue members.

Here, according to a source, is yet another example of what is being done to make it harder for poor people to ask for tzedaka.

• About 5 weeks ago, several beggars arrived on a New York City Access-A-Ride bus at about 5:30 am to collect. To ride on Access-A-Ride, you have to be certifiably disabled and you have to have been vetted by the government.

• The synagogue’s security guard refused to allow the beggars into the synagogue even if they promised to just pray but not to ask for money.

• A synagogue member saw what was happening and got the beggars in.

• The synagogue’s gabbai (ritual administrator) told at least one beggar that the synagogue’s new policy is that charity collectors have to get a letter from the local rabbinic va’ad in order to be allowed inside to collect money.

• Collectors asked for the location of that rabbinic va’ad or an address to go get the letter but no one told them.

• Eventually, collectors were able to find the va’ad on their own.

• The va’ad’s letter costs $40 to obtain – that’s right, beggars have to pay rabbis in order to be allowed to beg – and is only valid for one month. After the month expires, a collector or beggar has to wait another 11 months before he or she can buy a new letter.

• Several days later, two beggars paid for this letter and then returned to the Young Israel of Cedarhurst to beg.

• They synagogue guard again denied them entry, despite showing him the letter.

• A member saw what happened and got the beggars in.

• The synagogue’s rabbi told one of the beggars that the synagogue president agreed to allow them inside to beg, as long as they had a valid letter from the rabbinic va’ad. But once the letter expires, the rabbi said, you can’t come back for at least 11 months.

• In other words, no matter how great a beggar’s need may be or how persistent and long lasting it is, no matter how legitimate, a beggar can only ask for tzedaka at that synagogue for one month out of each year – and for the right to do that, you have pay the rabbi’s buddies $40.

Yes, beggars and collectors can be an annoyance and some of them do act badly.

Will Teshuva, Tefillah And Tzedaka Rip Up The Evil Decree?

As Rosh Hashana fast approaches, a question is begged – but will your answer cut it?