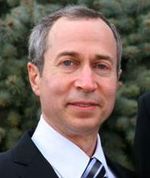 Dr. Daniel Berman, the incredibly dishonest doctor who has for years acted as a shill for haredi gedolim (leading haredi rabbis), has written a brief and highly deceptive op-ed for the Jerusalem Post with two of his partners in crime defending metzitzah b'peh (MBP), the direct mouth to-bleeding-penis sucking done primarily by haredi mohels after removing a baby's foreskin.

Berman is to honesty and concern for the lives of children what a serial pedophile is to child safety – an anathema.

Berman, who is Orthodox, wrote the piece with his regular partners in crime, Dr. Brenda Breuer of the famous haredi Breuer family, whose specialties are geriatrics and palliative medicine, not infectious disease in infants; and Orthodox Prof. Awi Federgruen, an expert in the development and implementation of planning models for supply chain management and logistical systems at a business school.
Berman is the only one of the three with an infectious disease background (poor that it is). The professional organization of physicians dealing with infecteous disase has already strongly condemned MBP as unsafe and in the several years I've written about Berman, doctors have consistently referred to Berman privately with titles like "that ass" and "a fool." Any public remarks about Berman's position on MBP have not been much nicer.

The basis for this latest op-ed by Berman, et al, is a hodge-podge of misrepresentation and BS. Not enough correct research has been done to prove Herpes Simplex 1 can be transmitted through MBP, the three shills for haredi rabbis say, citing a deceptive 2013 University of Pennsyvania study first exposed as flawed and biased here.

The authors of that study are both Orthodox Jews who were part of the haredi community, but they did not declare their relationships in the paper. The structure of the study was skewed, it was not peer reviewed, and it was mysteriously made available to Agudath Israel of America before it was published. The behavior of the two researchers shocked and appalled University of Pennsylvania officials, as did the deceptive use of its flawed findings by Agudah and Satmar.

In a new study this year, one of those researchers is, at least on paper, wholly absent. The other pairs with a non-Jewish researcher. Both properly acknowledge their conflicts of interest or supposed lack there of, and issued a much a milder study that is nowhere near as favorable to haredim as last years atrocious piece of work was. Berman, et al, don't cite that study; they cite the openly flawed one.

They also mischaracterize some of the points the article made, so they can, as Rabbi Natan Slifkin pointed out, attack straw men rather than actual facts.

Berman et al also cite Israeli studies on Herpes transmission through MBP without ever noting that those studies were all done when haredim controlled the Ministry of Health – and therefore controlled almost all of the reporting of transmission and the gathering of statistics.

Underneath all this deception are two basic points:

1. Berman insists we can't say MBP transmits Herpes until we have clear DNA results that link a baby's infection to a mohel. Therefore, unless otherwise proved, MBP is safe and whatever risk may exist is minimal.

Even in cases where the baby has Herpes and the mohel tests positive for it, because of the nature of the Herpes virus it near impossible to get a complete DNA match. Herpes is so had to work with that a sample to evaluate from a person who is a known Herpes sufferer often cannot be harvested until the virus is active. That could be today, tomorrow, next week, next year or a decade or two from now. But even when the virus is dormant, it still sheds, meaning it can still be transmitted to others – especially to neonates (very young infants) who have weak, undeveloped immune systems.

In other words, the evidence Berman says is missing is missing due to a combination of haredi obstinacy and the nature of the virus.

In public health, the other evidence of transmission we do have is more than enough to limit or ban a practice when one of the parties involved – in this case, the baby – is vulnerable and lacks the ability to consent.

The US Supreme long ago established that parents do not have the right to endanger their children’s lives because of religious or other beliefs. Society – which through courts and the government bears a special moral and legal responsibility for the vulnerable, especially the vulnerable child – has the right and the obligation to step in to protect the child by temporarily or permanently replace as the child’s legal guardian parents who for religious reasons eschew blood transfusions, antibiotics, lifesaving surgery and the like.

In this case, the federal appellate court, because a religious issue is involved, wants the lower federal court to allow full hearing of the claims of the ‘parents’ (i.e., Agudath Israel, the hasidic Central Rabbinic Congress [Satmar], etc.) before the New York City informed consent requirement for MBP is left to stand. The appellate court worried that a subset of Orthodox Jews were being singled out by the informed consent requirement – even though the city instituted it in part to protect non-Orthodox and non-haredi parents who complained they had no idea MBP would be done on their child (or that such a practice even existed) until the mohel bent down and started sucking. After all, the court reasoned, babies also get Herpes in other ways. Why didn’t the informed consent requirement include those?

However, most of those other ways of transmission are passive. They happen not because a man sucks a small infant’s bleeding penis that he just cut, but because a mother has herpes. How else do they happen? When a caregiver or sibling has Herpes and puts his bodily fluid in the baby – a four-year-old infected sister sucks her finger and then puts it in the baby’s mouth, an infected father kissed the baby’s fingers and the baby then puts them in its mouth, etc.

What stops these types of transmissions is education and good healthcare. If you don’t have health insurance and haven’t gone to a doctor in years, you might not know that cold sore is Herpes and that it could kill or maim your child. A mother who doesn’t have known signs of active Herpes and who gives birth not knowing she has it can sometimes transmit Herpes to her baby during birth.

These types of situations obviously do not need an informed consent requirement from the city.

The other types of transmission come from sex abuse. In other words, an infected abuser transmits the virus to the several-day-old infant during the abuse. Clearly, an informed consent requirement from the city is not going to cut down this type of transmission, either.

Berman, et al, conveniently forget to mention all of this and instead tout the appellate court’s ruling without giving it any context.

2. Berman implies MBP has been safe for thousands of years.

But this is also completely false. MBP caused waves of infant deaths and was stopped in many places in western and central Europe because of it. Rabbi Dr. Shlomo Sprecher documented this very nicely, and you can read a clear summary of his findings here.

Berman, et al, help haredim get away with their deception in part because the city is too gentle on this issue and has not been aggressive enough in court. That is likely only to get worse under Mayor Bill de Blasio, who never saw a haredi pocket he didn’t want to climb into.

As is so often true, it is vulnerable children who end up at the bottom of the ladder, who suffer and sometimes die because of the religious and political needs of their parents, rabbis and mayors.

A History of MBP Disease Transmission.

A Halakhic History of MBP.

University of Pennsylvania Attacks Misuse Of MBP Study By Haredim.

U of P MBP Study Flawed, Biased, Not Peer Reviewed.