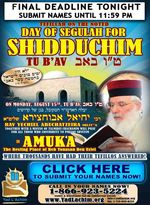 The ads promised that Abuhatzeira – the Chief Rabbi of Ramle and a nephew of the famous late Sefardi haredi kabbalist Rabbi Yisrael Abuhatzeira (better known as the Baba Sali, “Our Praying Father”) – would pray for anyone who donated money to Yad L’achim.

But according to Israeli law, all state civil service employees – which includes all state-employed chief rabbis – are forbidden to raise money for any organization or for any purpose other than for official state programs.

Yad L’Achim, which was founded and run by a Chabad hasid who had close ties to both Chabad leadership and non-Chabad haredi yeshiva heads, is not an official state organization or an approved state program. Its ads featuring Abuhatzeira (please see an example at the bottom of this post) have ben running in newspapers and on the Internet for at least three years.

The Hiddush religious freedom and freedom from religion nonprofit say the ubiquitous ads and wrote Deputy Religious Services Minister Rabbi Eli Ben-Dahan. Hiddish explained to Ben-Dahan that those Yad L’Achim ads are illegal and asked him to stop Abuhatzeira from participating in them.

After doing so, the legal adviser spoke with Abuhatzeira and told him to remove his name from those Yad L’Achim ads and from any other advertisements that raise money for any group or nongovernmental organization.

Yad L’achim reportedly refused to comment on the ruling.

The head of Hiddush, Reform Rabbi Uri Regev, reportedly praised Ben-Dahan swift action and noted that the law banning fundraising by civil servants was put in place to prevent public officials from actively participating in political campaigns as well as fundraising for other groups because they are, at least in potential, conflicts of interest.

Regev also said Hiddush still has several unresolved complaints filed with both the Religious Services Ministry and the Attorney General’s Office over illegal political participation during December’s countrywide municipal elections and even from the Knesset elections of January 2013, including promises of special blessings and special religious talismans in exchange for votes.

“Inaction of law enforcement agencies, including the Attorney General’s Office, perpetuates the perception that there is no sanction for rabbis breaching the law in this manner. Rabbis who serve as civil servants, including municipal chief rabbis, often seem to feel that they are exempt from such regulations, or are above them. There is a need to remind all state-employed rabbis that they are not beyond the law,” Regev said. 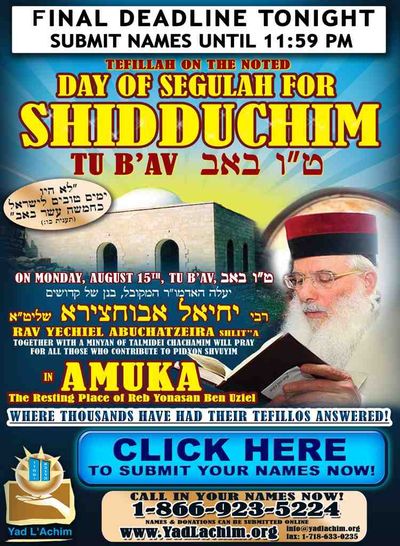