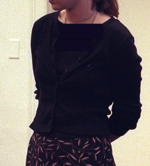 According to a complaint filed with the state ombudsman for the judiciary, retired Supreme Court Justice Eliezer Rivlin, the fixers went to at least on rabbi-judge’s home and lobbied him. Ha’aretz reported that the complaint indicates that this was not an isolated incident.

The complaint was filed by a woman whose husband beat her and beat her children. He was convicted of assault and imprisoned.

When the woman filed for divorce, the rabbi-judges told her that the haredi fixers had spoken to them and suggested that they allow her husband have a private conversation with her for half an hour.

After that conversation, the would grant her the divorce – if she still wanted it.

The woman refused the private meeting.

“I tremble at the idea. I cannot talk to him, I cannot sit with him in the same room,” the woman, who is being treated for Post Traumatic Stress Disorder from the abuse, told the rabbi-judges.

According to the woman, her husband cursed her. The rabbi-judges did nothing to stop him, telling her she’s better off “to suffer” a bit more, as long as she gets the divorce after.

But the rabbi-judges did not ask her husband if he accepted the fixers’ deal before ordering his wife to meet with him, and after the meeting ended, he denied promising to divorce her.

The lead haredi fixer in this case turned out to be Rabbi Moshe Gedalya Wertheimer, who visited Goldberg’s home along with two other men.

Goldberg told Rivlin he thought they had come to ask for a donation. When he realized they came to speak about the divorce case, Goldberg said he made it clear that he was not allowed to discuss it with them. The fixers, Golberg claimed, then asked him to delay the divorce hearing until the husband was released from prison.

Goldberg said he told the three men that they had to file a formal request with the rabbinical court and deposit a 100,000-shekel (approximately $28,000) bond.

The family of the lead fixer, Wertheimer, deposited the bond with the rabbinical court and the hearing was postponed.

After that, Goldberg said Wertheimer would see him and shout, “What do they want from the husband, he’s willing to divorce her if they let him talk to his wife for half an hour.”

Goldberg insists he did not respond directly to Wertheimer. However, he did tell the other rabbi-judges hearing that divorce case about the incidents “in a bid to close the case without requiring proof.”

Rabbis Shahor and Mazuz confirmed that and claimed they dismissed the idea out of hand.

However, even though Shahor and Mazuz allegedly did not meet the fixers directly, they still forced the woman to meet privately with her husband, just as the fixers wanted.

The woman told Rivlin the ombudsman that the meeting with her husband the rabbi-judges forced on her re-traumatized her and “exerted a high emotional price.”

Rivlin reportedly accepted her complaint in full and lashed out at the conduct of the rabbi-judges.

“The court didn’t bother to make sure at the beginning of the debate that the husband had undertaken to divorce his wife if he was allowed to talk to her. Instead the court chose to rely on a conversation the [fixer] had with Rabbi Goldberg,” he wrote.

Goldberg insists he did nothing wrong and claims the whole matter originated with “the woman’s attorney’s imagining that I had some connection with the husband’s side in the case.”

Goldberg and Mazuz were two of the three rabbi-judges in another complaint recently ruled on by Rivlin. In that case, reported nine days ago, the Goldberg, Mazuz and Jerusalem Regional Rabbinical Court President Yisrael Yifrah refused to accept women’s testimony in a divorce case. That complaint was also found justified by Rivlin.