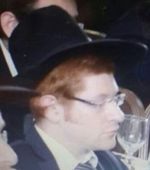 Police and search dogs reportedly found the items and ordered civilians to leave the area.

Israel Police spokesman Micky Rosenfeld said police are pursuing all avenues in their investigation, including "nationalistic motives" – meaning it is possible Sofer was kidnapped by Arab terrorists.

Sofer’s parents reportedly flew to Israel to help with the search for their son, and the family through a spokesman lashed out at the government yesterday and demanded that the IDF join the search.

Until now, police, the haredi-Orthodox ZAKA rescue and recovery organization and the haredi first responder-EMT organization Igud Hatzalah have all been searching for Sofer intensively since Friday night.

A 16-year-old East Jerusalem Arab boy, Mohammad Abu Khdeir, was beaten and burned alive by haredi and ex-haredi Jewish terrorists in the Jerusalem Forest on July 2, leading some to believe Sofer may have ben kidnapped and possibly murdered in an act of revenge.

Sofer was hiking in the forest with a friend Friday morning. At about noon, the two reportedly became separated during a steep descent. Sofer’s friend called police to report Sofer missing at about 6:00 pm Friday afternoon.

Just before 2:00 am Saturday morning, police notified ZAKA and asked it to help in the search. Igud Hatzalah was also notified and the two organizations joined the search. Vehicles with loudspeakers travelled through Jerusalem neighborhoods on Shabbat, asking locals for any information of Sofer’s whereabouts, and rabbis encouraged people to join the search Saturday night after Shabbat ended.

People are asked to pray for Sofer’s safe return. His Jewish name is Aharon ben Hulda.

Sofer is described as being 1.75 meters (5’9”) tall, lean build, and has short red hair, reed peyot and a short red beard. He was reportedly wearing black pants, a white shirt and a black kipa when he disappeared.

Police ask that anyone with any relevant information about Sofer to immediately call police in Jerusalem at 02-5391520 or the 100 emergency police hotline. 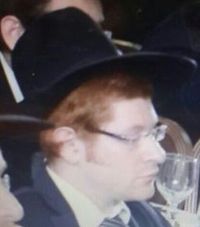 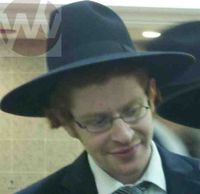