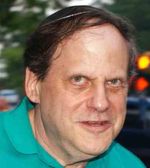 A 61-year-old Orthodox man from Forest Hills, Queens, New York allegedly hid the death of his mother for four years to illegally keep collecting German Holocaust reparations meant for her.

When 93-year-old Laura Jacoby died in January 2008, her son Gary allegedly colluded with a notary public and forged papers to hide her death from the Germans, going as far as going to the German Embassy in March 2012 and telling embassy officials that his mother was still alive.

Over the four-year period between Laura Jacoby’s death and the the fraud being exposed, Gary Jacoby allegedly illegally collected $56,000 in reparations from the German government.

“We are not guilty,” Jacoby’s wife told reporters as the couple left a Queens court yesterday. For his part, her husband, who was wearing a green polo shirt and a black leather yarmulke, said he expects the charges against him will be dropped.

Karliner noted that Laura Jacoby first applied for reparation from Germany in the 1960s but was repeatedly rejected until her claim was finally accepted in the 1990s, apparently implying that the German’s owed the family the money Gary Jacoby allegedly stole.

Karliner also said if his client really did steal the money, it could have been repaid without an arrest and criminal charges.

“This arrest never had to happen. This arrest was about a press release,” Karliner insisted, adding that the New York-based liaison to the German government had insisted the case be criminally prosecuted.

Jacoby was arraigned yesterday in Queens Criminal Court on grand larceny and forgery charges. If convicted, he faces as much as 15 years in prison.

He was released without bail and has a scheduled court appearance October 14.

A 61-year-old Orthodox man from Forest Hills, Queens, New York allegedly hid the death of his mother for four years to illegally keep collecting German Holocaust reparations meant for her.