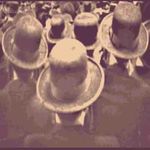 “Rabbis came to see me and warned me about a ‘world full of sin’. They said only dropouts and lowlifes wanted to leave. They offered me money, new friends and a new home. They transformed my circumstances. They said that the only way to get a girl was to stay in the community.”

Note the claims made by the UK Department for Education are false.

Many UK haredi schools have already been exposed by the media for failing to teach secular studies and Ofsted itself has documented some of these failures.

Louise Scodie reports for the the (London, UK) Independent:

Moishy grew up in the ultra-orthodox (‘charedi’) Jewish community in Stamford Hill, which he describes as “like living in a different world – it’s like the Middle Ages – totally secluded.” There were no jeans there: Moishy adhered to a strict uniform of a black suit, a hat, curls in his hair and a beard trimmed to exactly the right length. Women wear long skirts, long sleeves and wigs once they are married to protect their modesty.

Contact between Charedim and the rest of the world is mainly non-existent, with children taught to fear the non-Charedi world. Moishy remembers: “As kids we were told that the outside world hated us, so we were suspicious and afraid of them. We were taught that non-Jews had no soul and that our duty in life was not to fall into the trap of going into their world.” That suspicion even extended to non-Charedi Jews like me – Moishy points to me and says: “They wouldn’t regard you as Jewish. We weren’t taught that there are lots of different types of Judaism.”

With Yiddish as their language, most children are not taught to speak English. Jewish studies replace the secular curriculum. Moishy explains: “Children don’t need to learn anything. They grow up controlled and put into arranged marriages. The only thing you aspire to is to become a rabbi. If you’re not academic enough for that you’re found a low-paid job within the community. The Government know about the lack of education in the community, but they don't do anything about it.” Although girls receive a little more education to help them raise children – “they learn enough to go to the doctors” – Moishy says it’s nowhere near enough: “Girls are treated like nothing. They’re not taught anything. If they knew more they’d know that they wouldn’t have to marry these boys who don’t know anything either.”

According to Moishy, TV and secular newspapers are banned. He says that rabbis monitor their congregants’ marital relations to ensure that couples adhere to the rules of ‘family purity’ – not making love whilst a woman is menstruating. Moishy also says that community members can’t have a computer or a mobile phone until they get married (typically around the age of 18) and even then they must have software fitted into their gadgets so that the rabbis can check that their devotees aren’t surfing the web or using social media. This, says Moishy, is to stop Charedim learning about the outside world and getting any ideas about leaving the community.

It didn’t work with Moishy. Due to his family circumstances, he’d had some contact with non-Jews. “They showed me kindness. I’d been told that that would never happen. I knew what I was being taught was wrong.” Aged 14, he began to talk about leaving the community. They responded by bombarding him with bribery and propaganda. Moishy recalls: “Rabbis came to see me and warned me about a ‘world full of sin’. They said only dropouts and lowlifes wanted to leave. They offered me money, new friends and a new home. They transformed my circumstances. They said that the only way to get a girl was to stay in the community.”

With success measured in marriage and having multiple children, it was that that finally persuaded Moishy to stay. Just four years later, he found himself married to a woman he’d known for an hour. “The rabbi researched her. I didn’t like her but I didn’t have a choice. It was all done in a day.”

But Moishy’s desire to escape just intensified. He got a computer, furtively taught himself English, and managed to find other escapees. His wife complained to the rabbi about the computer, but Moishy wasn’t scared. “I didn’t like my life. By being part of the community I felt as though I was supporting it, when I didn’t.” Nearly ten years after his first attempt to leave, Moishy made the break. He ignored the bribery and the threats, cut off his curls, walked out and slept in his car before eventually securing somewhere to live.

He’s now studying and planning for the future alone, as his family have cut him off. “If you leave, you lose your family. I knew that would happen, so I resolved that I would make a new family for myself when I left.” However, his father speaks to him occasionally “to keep things open in case I want to go back.” That, Moishy says emphatically, will never happen. He says: “The community way takes away your choices – what you eat, what you learn, who you marry. That’s why I want to tell my story. There are so many other young boys in the community with so much potential. I hope this message will go out to them: so many things you’re being told aren’t true. Life can be different.” And with that, he puts on his hoodie, gives a shy smile and shuffles anonymously out into the street. Just like any other young man his age.

*Real names have not been used in this interview

Moishy’s interview with Louise Scodie will be shown on Not The One Show on London Live at 7pm on Thursday 14 August. Londonlive.co.uk

Responding to Moishy's claims about the lack of education in the community, a Department for Education spokesperson said: “Independent schools must meet the Independent School Standards which make clear they must deliver a curriculum appropriate to the ages of the pupils that includes Maths, English and Science. They are also inspected either by Ofsted or an Ofsted-assessed inspectorate.”

We also spoke to representatives of the Charedi community, including leaders at the Union of Orthodox Hebrew Congregations, to offer them the chance to respond to the allegations made by Moishy. Unfortunately, they declined to comment.

Update 6:32 pm CDT – The London Live video interview the above article is based on.

All Posts About Illegal Haredi Schools In Britain That Fail To Teach Secular Studies.

“Rabbis came to see me and warned me about a ‘world full of sin’. They said only dropouts and lowlifes wanted to leave. They offered me money, new friends and a new home. They transformed my circumstances. They said that the only way to get a girl was to stay in the community.”