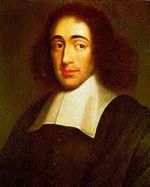 In 1656, the later to be world famous philosopher, the then-23-year-old Baruch “Benedict” Spinoza was excommunicated by the Spanish-Portuguese Jewish community of Amsterdam.

The ban itself reads:

The Lords of the ma'amad, having long known of the evil opinions and acts of Baruch de Espinoza, have endeavored by various means and promises, to turn him from his evil ways. But having failed to make him mend his wicked ways, and, on the contrary, daily receiving more and more serious information about the abominable heresies which he practiced and taught and about his monstrous deeds, and having for this numerous trustworthy witnesses who have deposed and born witness to this effect in the presence of the said Espinoza, they became convinced of the truth of the matter; and after all of this has been investigated in the presence of the honorable chachamin, they have decided, with their consent, that the said Espinoza should be excommunicated and expelled from the people of Israel. By the decree of the angels, and by the command of the holy men, we excommunicate, expel, curse and damn Baruch de Espinoza, with the consent of God, Blessed be He, and with the consent of all the Holy Congregation, in front of these holy Scrolls with the six-hundred-and-thirteen precepts which are written therein, with the excommunication with which Joshua banned Jericho, with the curse with which Elisha cursed the boys, and with all the curses which are written in the Book of the Law. Cursed be he by day and cursed be he by night; cursed be he when he lies down, and cursed be he when he rises up; cursed be he when he goes out, and cursed be he when he comes in. The Lord will not spare him; the anger and wrath of the Lord will rage against this man, and bring upon him all the curses which are written in this book, and the Lord will blot out his name from under heaven, and the Lord will separate him to his injury from all the tribes of Israel with all the curses of the covenant, which are written in the Book of the Law. But you who cleave unto the Lord God are all alive this day. We order that no one should communicate with him orally or in writing, or show him any favor, or stay with him under the same roof, or within four ells of him, or read anything composed or written by him.

In September 2012, after first consulting university scholars who study Spinoza and the history of the Amsterdam Jewish community, the Jewish Chronicle reports the executive of the Portugees-Israëlietishce Gemeente te Amsterdam asked their chief rabbi, Haham Dr. Pinchas Toledano, to lift the 356-year-old ban of excommunication (herem, in Hebrew).

The executive argued that the herem against Spinoza was "in painful contrast to a key value of the modern world, where we consider 'freedom of speech' as a fundamental human right.”

Toledano - the former head of London's Sefardi Beit Din - refused to do so.

Now, for the first time, his ruling against Spinoza, issued in 2013, has become public.

These are the points Toledano relied on to keep the ban of excommunication against the long-dead philosopher in place:

1. Spinoza never asked the community to rescind the ban. While the ban against Spinoza was "shrouded in mystery,” the ban was not lifted in Spinoza’s lifetime even though the average excommunication [and there were many in those days] was lifted after 30 days. Therefore, “[b]eyond any shadow of doubt, Spinoza never requested to rescind the herem.”

3. We can’t look like we share his heretical beliefs. “The moment we rescind the herem, even if we could, it would imply that we share his heretic views… To him, the Law of Moses was not Divine and no longer relevant after the destruction of the Jewish state. To him there was no God, except in a 'philosophical' sense. How on earth can we even consider to remove the herem from a person with such preposterous ideas, where he was tearing apart the very fundaments of our religion?"

4. Judaism does not recognize freedom of speech. Did the free speech the executive referred to mean that "we in our synagogue should spread the denial of God's existence to the extent that it destroys our heritage and the pillars on which Judaism rests?”