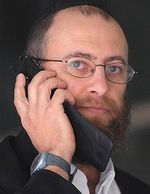 We can now confirm that David Cyprys has been unsuccessful in his attempt to appeal some of his convictions. Thankfully this matter has now been concluded. We are particularly pleased for his many courageous victims.

We would like to take this opportunity to thank all the relevant parties involved in ensuring a just outcome.

Justice has been served.