"As I watched, I was stunned to see a stage that was utterly “Woman-rein” - devoid of females completely. As far as I could tell, (and I would be happy to learn there were some that the cameras did not reveal) there was no participation by women in the ceremony whatsoever." 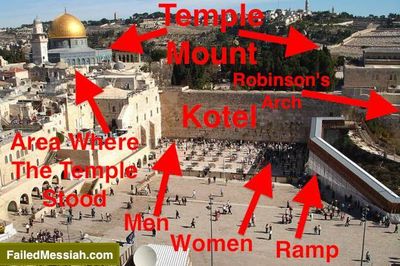 But this year, something was very different:

…As I watched, I was stunned to see a stage that was utterly “Woman-rein” - devoid of females completely. As far as I could tell, (and I would be happy to learn there were some that the cameras did not reveal) there was no participation by women in the ceremony whatsoever.

Even the honor guards from the various branches of the IDF - which normally showcase a diversity of race and gender worthy of a Benetton ad, was a homogeneous sea of male faces.

The only role held by a woman was brief, momentary, and silent - the widow of a fallen soldier handed the torch to President Shimon Peres who then lit the memorial flame. She then faded into the sea of women in the audience - the bereaved mothers, the widows, the sisters, all the women who lost loved ones in Israel’s wars and terrorist acts. The delineation was made clear - men led the mourning - women mourned. In the daytime ceremony on Monday, by contrast, while the line-up of speakers and dignitaries was also heavily male, female soldiers were front and center in the ceremony.…

The ceremony [took] place in the Western Wall plaza, run by the Western Wall Heritage Foundations, headed by [haredi] Rabbi Shmuel Rabinovich, the Israeli government official in charge of the Wall who has not only done battle with the activist group Women of the Wall, but who has been criticized by even traditional women for refusing to take women’s needs into consideration when it comes to allocating prayer space at the holy site.

Presumably, the configuration of the Sunday evening ceremony was the result of negotiation between Rabinovich and the IDF. One would hope that if the IDF had a free hand, it would have looked differently.…

The IDF does what it is told and evidently the government told it to exclude women.

Rabinovich is a dishonest person who has illegally turned the Kotel into a haredi synagogue.

When Israel's courts finally ruled against him (and the police, which were illegally doing his bidding), the government stepped in to side with Rabinovich and the haredim against pretty much everyone else.

Simply put, no Likud politician has much chance of being Prime Minister without the support of haredi political parties if the current government falls. Even if it doesn't fall, the next election will likely find the Likud candidate needing haredi support to take power.

You might argue that Likud and its current leader Prime Minister Benjamin Netanyahu should stand up for the right thing and refuse to discriminate against women for the sake of getting haredi votes.

However Netanyahu has never really been ethical or honest, and if he has to sell out women to gain haredi support he will do so – until doing so costs him enough women's votes.

Unfortunately, because of Israel's fractured political system that lacks geographically-based proportional representation and which sees voters vote for a party's list, not for individual candidates, that is unlikely to happen any time soon.

And the Kotel will remain in practice what it never was and still is not legally – a haredi synagogue that excludes women from participation in ways that are allowed in non-haredi synagogues, even Orthodox ones,  all over the world.

Also blame Women of the Wall's leader, Anat Hoffman, who sold out her group's founding purpose – and many of its actual founders – to make a provisional deal with the government that will see WoW pray at the new egalitarian section located on the far side of the Mughrabi Bridge, far from the Kotel proper and separated from the Kotel proper by a large immovable physical impediment.

When Hoffman made that deal several months ago she publicly said the Kotel rightly belongs to haredim – a claim that is historically and legally untrue.

But Hoffman wasn't talking about Israeli law or history.

She was talking about what the government and she had agreed to.

And now we can all see the fruits of her actions.

"As I watched, I was stunned to see a stage that was utterly “Woman-rein” - devoid of females completely. As far as I could tell, (and I would be happy to learn there were some that the cameras did not reveal) there was no participation by women in the ceremony whatsoever."