« Haredi Man Pleads Guilty To Conspiracy To Commit Wire And Bank Fraud | Main | Defense Minister To Haredim: Don’t Worry, You Will Never Be Drafted Against Your Will, Law Or No Law, High Court Or No High Court » 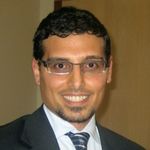 After years of lying and covering up child sex abuse, Chabad in Melbourne, Australia is finally about to be held to account for its crimes.

A man who claims to have been sexually assaulted as a boy by two members of Melbourne's orthodox Jewish community is suing the St Kilda East Yeshivah Centre for negligence.

Lawyers for Manny Waks have filed a Supreme Court writ against two men he claims sexually abused him and another 11 defendants, including the Yeshivah Centre, for negligently failing to properly supervise and control the alleged offenders.

Associate Justice Robyn Lansdowne agreed on Friday to extend the time to serve the writ on the 13 defendants.

In the writ, lawyer Dr Vivian Waller outlined how Mr Waks alleged he was sexually abused by two offenders, including David Cyprys, at various locations including the Yeshivah Centre.

Another 11 defendants - separate from the two alleged abusers - are claimed to have been negligent in the operation and management of the Yeshivah Centre and/or negligent in the supervision and control of the alleged offenders.

Similar accusations of inaction were levelled at the centre in court hearings for former Yeshivah College teacher David Kramer, who was jailed in July last year for molesting four boys between 1989 and 1992.

Cyprys, who raped a 15-year-old boy five times in 1991 and sexually abused eight other boys over an eight-year period, was jailed in December last year for eight years after he was found guilty by a County Court jury of five counts of rape.

He then pleaded guilty to 12 more charges, including five counts of indecent assault and four of procuring an act of gross indecency.

The offences took place while Cyprys was a leader of young people at the Yeshivah Centre. He later worked at the centre and its school as a security guard.

Mr Waks, 38, the founder of the victims' advocate group Tzedek, was granted permission last year by a County Court judge to be publicly identified as one of Cyprys’ victims.

Dr Walker, in the writ, said Mr Waks had contacted the royal commission into child sexual abuse in the hope it would investigate events at the Yeshivah Centre as a case study.

Mr Waks claims he was abused by the first offender when he was 12 and attending an all-night religious event at the Yeshivah Centre, and two other times at the Russian Centre in St Kilda.

The Supreme Court was told on Friday that this alleged offender was now living in New York and Victoria Police was not prepared to extradite him until it received further evidence.

Mr Waks’ claim against Cyprys is for damages for sexual assault and psychological abuse committed between 1988 to 1990.

The sexual assaults occurred at many locations including the Yeshivah Centre, the Elwood synagogue and in a car.

The 11 defendants alleged to have been negligent while the sexual abuse was taking place included Chabad Institutions of Australia, and Yeshivah and Beth Rivkah Colleges.

Rabbi Glick, the principal of the Yeshivah College at the time of most offences, told Melbourne Magistrates Court in 2012 that he knew of rumours of Cyprys' offending in the early 2000s. (Taken out for legal reasons.)

Cyprys was employed in the security role at the centre despite pleading guilty in 1992 to a charge of indecent assault over an incident at St Kilda in 1991.

Court documents show he was fined $1500 and ordered to be of good behaviour, without conviction.

Note that Waks is suing for sex abuse that for the most part has already been proved in court. The abusers are guilty and in prison.

Even so, the Age and other Australian media are forced by Australia's draconian and abusive libel laws to report the story as if there is some doubt the abuse took place, improperly using the word "alleged."

Because in Australia, reporting the absolute verifiable truth is construed as libel in some circumstances if the so-called damaged party – in this case, Chabad – is damaged by the reporting.

So, for example, David Cyprys probably could not sue because he was convicted of the crimes Waks is now suing for. But Chabad – which knowingly employed Cyprys after finding out he had sexually abused a child and behaved badly throughout this decades long ordeal – hasn't been criminally convicted. So even though the facts and the abuse are not in question, Australian media has to cover Waks' suit as if he just parachuted in from outer space and had filed suit against Mother Theresa.

Waks is not an "alleged victim." He is a "victim" whose abuse was already proved in court.

Chabad is not innocent and the for the most part, the facts of its misbehavior are widely known. Its leaders have been sharply criticized by a judge and by police, it has repeatedly failed to tell the truth, and it has at absolute minimum openly tolerated the harassment of Waks, his family and his supporters by its members and leaders.

Waks is not an alleged victim – he is a victim of Cyprys and Chabad and, it may soon turn out, others, as well.

After years of lying and covering up child sex abuse, Chabad in Melbourne, Australia is finally about to be held to account for its crimes.