« Government Slow To Respond As Israel Has Highest Rate Of OECD Poverty And Number Of Working Poor Surges | Main | What Passover Looked Like In Jerusalem 2,000 Years Ago »

Just as Failedmessiah.com reported last month, the settlement between the NYCLU and Kiryas Joel was foolish and unenforcible and would easily be ignored by Kiryas Joel. And now it has been.

The New York Civil Liberties Union has dropped the suit against Kiryas Joel and given up on the Kiryas Joel gender segregated park case, Kiryas Joel’s Yiddish-language newspaper reported. It also adds that That Kiryas Joel’s parks department bought a new zip game for the girls in order to strengthen the strict rules for tznius (modesty; gender segregation) in the park as mandated by the Kiryas Joel Satmar Rebbe Rabbi Aharon Teitelbaum. Those rules, the paper says, will be enforced by va’ad ha-tznius, the village’s modesty squad (which is run by village employees and paid for by the village).

In other words, just as FailedMessiah.com reported on March 31, the settlement between the NYCLU and Kiryas Joel was ridiculous and would easily be ignored by Kiryas Joel, and the NYCLU’s declaration that it had won a victory was foolish:

This settlement is likely meaningless. Kiryas Joel residents can spot an outsider without any problem, and the NYCLU isn't exactly overflowing with staffers and volunteers who speak or read Yiddish.

Kiryas Joel leaders will just instruct followers in the synagogue or through robo calls to 'voluntarily' gender segregate. The followers will do it, the park will be gender segregated, and the NYCLU will have lost, despite its claim of victory today.

Even if the NYCLU actually catches Kiryas Joel illegally gender segregating the playground, all that will mean is that the case will go back to court – where more delays from Kiryas Joel will take place.

That has been the pattern with Kiryas Joel from the beginning of its existence, and there is no reason to believe it will change now. 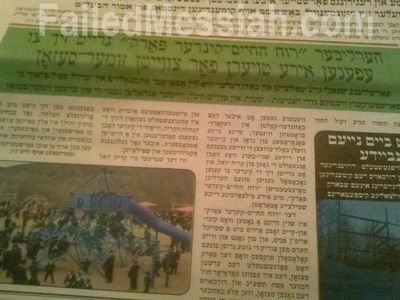 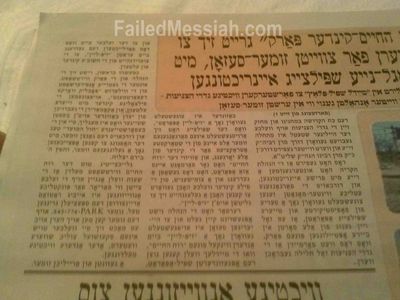 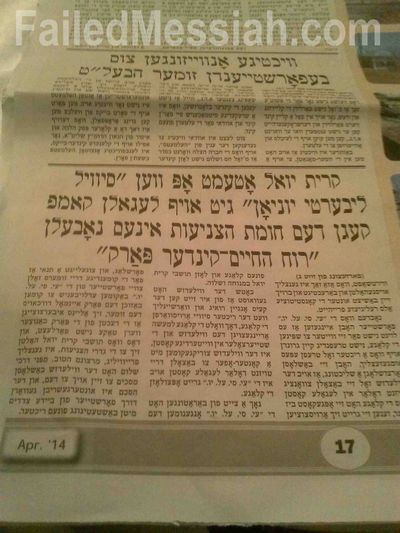 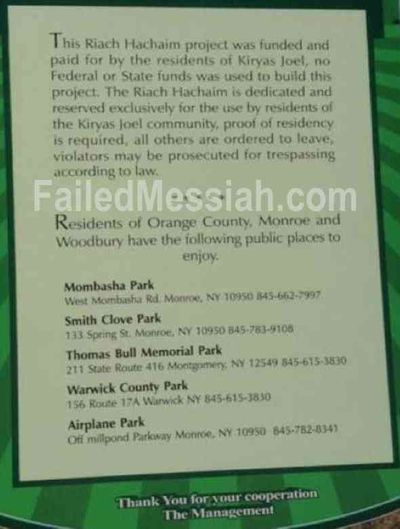 The Agreement Between KJ and the NYCLU Not To Gender Segregate The Playground.

Just as Failedmessiah.com reported last month, the settlement between the NYCLU and Kiryas Joel was foolish and unenforcible and would easily be ignored by Kiryas Joel. And now it has been.