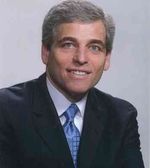 An unnamed source within the city’s Orthodox Jewish community told the paper the goal of Rapfogel’s supporters is to raise as much as $3.1 million Rapfogel can put toward restitution in the hope of getting a lighter prison sentence if and when Rapfogel is convicted or pleads guilty.

“Willie’s been a friend to a lot of people,” another unnamed source told the Daily news. That  source added that the effort to help Rapfogel is being kept quiet. “There’s no big email blasts,” he said.

Some people have also been asked to write letters on Rapfogel’s behalf the state attorney general’s office.

“It’s a communal thing,” the source told the Daily News. “No one is declaring he’s innocent or being wrongly targeted. But he built a career of good relationships and doing things for people.”

Silver’s spokesman claimed Silver is not involved in the effort to help Rapfogel.

Meanwhile, Rapfogel and two other former top Met Council employees are all facing criminal charges as are others outside the Met Council active in the scam, including the Met Council’s Breslov  insurance broker, Joseph “Yossi” Ross.

The Met Council fired five key staffers last week with no notice, allegedly because the organization could no longer afford to pay them. And, although the Met Council claims this is not true, important programs meant to help feed and aide poor Jews appear to have been cut back or eliminated.

There does not appear to have been an effort from Rapfogel's friends to pay back any money to shore up those programs or to simply donate money to cover the Met Council's losses.