Shai Fima, the boy who was at the centre of Helbrans’ 1996 kidnapping conviction, told the CBC that he was paid $5,000 [by Lev Tahor] in 2003 to appear on videotape, denying that he was kidnapped and saying the leader was being unfairly persecuted. 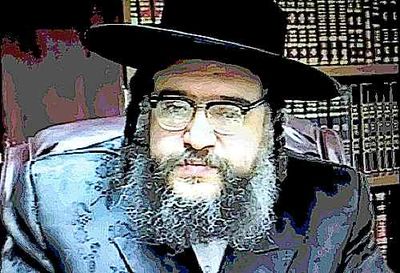 The decision to grant refugee status to Rabbi Shlomo Helbrans, leader of the controversial ultraorthodox Lev Tahor sect, was based in part on testimony paid for by the sect, a boy involved at the hearing told the CBC’s the fifth estate.

Shai Fima, the boy who was at the centre of Helbrans’ 1996 kidnapping conviction, told the CBC that he was paid $5,000 in 2003 to appear on videotape, denying that he was kidnapped and saying the leader was being unfairly persecuted.

That video was part of Helbrans’ successful refugee application that claimed he was being targeted in Israel for his anti-Zionist beliefs. Now Fima, who did not want to appear on camera, says it was a lie and that he was indeed kidnapped, according to the program.

Sect spokesman Uriel Goldman also testified at the Immigration and Refugee Board hearing, saying that when he served in the Israeli Defence Forces, he was ordered to infiltrate the sect, according to the documentary.

The IDF told the fifth estate that they had no record of Goldman.

The Star did not independently talk to Goldman or Fima.

Former refugee board commissioner Gilles Ethier remembers Goldman’s testimony as being an important factor in the decision to grant Helbrans refugee status.

“That was an important element as I recall because it illustrates the fact that the state or the government was giving some importance to this gentleman,” Ethier told the show.

Helbrans and Goldman deny all of the allegations in the program.

“I understand there’s no record, but I don’t want, whatever, but say no record, it’s most . . . for you as a journalist, it’s like someone saying ‘no comment,’ ” Goldman tells CBC’s Gillian Findlay. “I understand why they say that. This was not a normal operation.”

Goldman said they paid for Fima’s travel but denies giving any additional money to him.

Members of the sect have been under investigation by Quebec police and child protection authorities in Quebec and Ontario for years. An order issued in Quebec in November called for the removal of 14 children from the sect. Prior to the order, the group fled their home in Sainte-Agathe-des-Monts and resettled in Chatham, Ont., where a judge upheld the Quebec decision. An appeal of that judgment is scheduled to be heard in Chatham on March 5.

In 1996, Helbrans was convicted of kidnapping while the group was living in New York. He was sentenced to six years in prison and served two. Fima was the boy he was convicted of kidnapping. Thirteen years old at the time, Fima was brought to the rabbi by his mother who was seeking to prepare him for his bar mitzvah, according to the documentary. He disappeared for two years. The sect, and Fima himself, said he ran away of his own volition, but a court found otherwise.

The documentary details other allegations that have been previously reported by the Star, including underage marriage, the use of physical discipline and forced medication. Quebec social workers have detailed the same accusations in court.

“To say that no child never receives a . . . slap of his hand, never and ever, is false. What I can declare very strongly is that physical punishment of children in our community is a lot less than western society,” Helbrans told Findlay.

He called allegations of abuse by former sect members “lies.” He tells her the pills former sect members witnessed others taking are simply vitamins, and that the sect never allows illegal marriages of girls under 16, but that he has performed ceremonies for three couples who were married in Missouri, where the law allows girls as young as 15 to wed.

The fifth estate’s documentary is scheduled to air Friday at 9 p.m.

Shai Fima, the boy who was at the centre of Helbrans’ 1996 kidnapping conviction, told the CBC that he was paid $5,000 [by Lev Tahor] in 2003 to appear on videotape, denying that he was kidnapped and saying the leader was being unfairly persecuted.