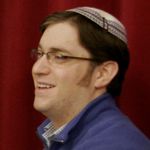 For Zauder's sentencing, many leading Modern Orthodox figures wrote letters supporting Zauder. Some of those letters asked the judge for leniency.

Who are these Modern Orthodox men who jumped to write letters of support for a pedophile child pornorgrapher?

• Dr. David Pecovitz, Gwendolyn and Joseph Straus Chair in Psychology and Jewish Education at the Azrieli Graduate School of Jewish Education and Administration at Yeshiva University who is also special assistant to YU’s President Richard Joel and an instructor in pastoral counseling at YU’s Rabbi Isaac Elchanan Theological Seminary

Pelcovitz wrote a book with David Mandel of OHEL on child sex abuse. The book prominently featured Debbie Fox, an Orthodox social worker in LA who allegedly helped protect at least one pedophile. OHEL itself allegedly failed to report non-compliant pedophiles in its treatment program and has had other alleged reporting issues.

Cheifetz wonders why these men showed no support for Zauder's victims.

Besides the long track record many have of covering up or minimizing child sex abuse, the victims in this case appear to be primarily, if not exclusively, non-Jews – a fact Cheifetz fails to mention.

Update 4:56 pm CDT – Here are all the letters sent to the court in support of Zauder and the government's sentencing memorandum, all as PDF files: