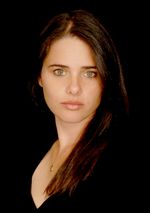 Prime Minister Benjamin Netanyahu and Habayit Hayehudi Knesset faction Chairwoman MK Ayelet Shaked are allegedly trying to rip all meaning from the proposed draft reform bill to curry favor with haredi political parties. Shaked, backed by Likud, approved a clause in the proposed bill that would allow the cabinet to decide whether the annual quota of haredi draftees has or has not been met, allowing Netanyahu to effectively override the quota set by the bill and accept a lesser number – or even no number – of haredim as enough. 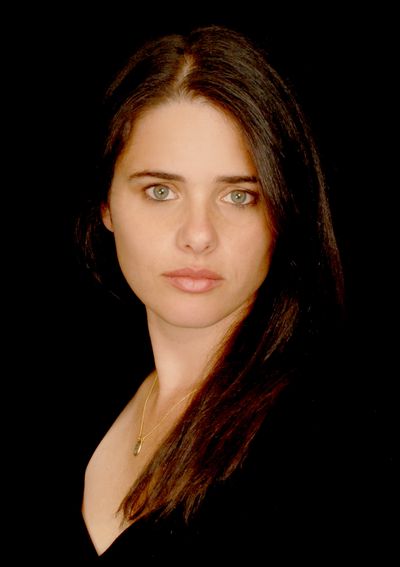 Shaked, backed by Likud, approved a clause in the bill that would allow the cabinet to determine whether the annual quota of haredi draftees has or has not been met, allowing Netanyahu to effectively override the quota set by the bill and accept a lesser number – or even no number – of haredim as enough, Ha’aretz reported.

A majority of the Knesset committee drafting the proposed law does not support Shaked’s and Likud’s move, and that reportedly caused Shaked to abruptly end the committee’s Tuesday meeting to avoid having her end-around be voted down.

“Netanyahu and HaBayit HaYehudi are disgracing themselves in last-minute attempts to void the law of content,” sources in Yesh Atid said.

Shaked claims the committee’s legal advisers were behind the move to have the cabinet determine whether haredim have actually met their quota.

“Shaked believes that in a situation in which 5,180 Haredim are inducted instead of 5,200, the cabinet must be allowed to recognize that the Haredi public had met its draft quota,” sources close to Shaked told Ha’aretz. Those sources also claimed that Shaked and Yesh Atid faction Chairman MK Ofer Shelah agreed to reject a demand by the committee’s legal advisers to change the bill to allow broad leeway to approve major departures from the set haredi quota.

For the purpose of counting toward the haredi quota, the committee decided to define anyone who was a student at a haredi yeshiva for at least two years from the time they were 14-years-old until their 18th birthday. Shelah said this “would be clear so that only those who are really Haredi will be counted in the quotas.”

But the definition in actuality allows for hundreds of ba’al teshuvas, ex-haredim and shabbabnikim (youth who have been expelled from haredi yeshivas due to misbehavior, doctrinal issues or leaning disabilities, or who left of their own accord, and who now roam the streets in packs) to be counted as haredi “yeshiva students” for the purposes of the haredi quota – meaning they will fill the bulk of the yearly haredi quota along with Chabad hasidim, who are not part of the haredi agreements but who will count toward the haredi quota nonetheless.

Shelah also claimed the IDF did not want to be obligated to draft haredim because, Shelah said, the IDF did not really enforce the previous law (under which many haredim pretended to be full time yeshiva students to escape the draft but really spent a significant portion of each day working off the books).

But Brig. Gen. Gadi Agmon, head of the IDF's planning and human resources, said the IDF's supposed ambivalence to drafting haredim was false. (It is also true that much of the initial enforcement of the previous law fell on the Education Ministry and the Prime Minister's office – neither of which wanted to enforce it because they benefited politically by appeasing haredim.

Several senior IDF officers also said earlier this week that the committee’s games-playing with the proposed bill had created a situation in which the IDF would face major manpower shortages if the bill passes as it is now written. They called for lengthening women’s service to more closely reflect the longer men’s term of service and for the drafting of large numbers of haredim.

Likud’s only natural allies in Knesset are the haredi parties, and Netanyahu has little chance of holding power in the future if they are not part of future governing coalitions.

Shaked’s HaBayit HaYehudi Party, on the other hand, sought to protect Zionist Orthodox hesder yeshiva students, who now serve only 16 months of active army duty, from having that term of service lengthened by six or more months.

Critics allege Shaked and her party’s chairman – Economy, Trade, Diaspora and Religious Services Minister MK Naftali Bennett – made a backroom deal with haredi politicians to mitigate as much of the impact on haredim of the new draft bill as possible in exchange for haredim allowing the same to be done for Zionist Orthodox hesder yeshiva students and, indeed, after months of signaling it would support criminal penalties for haredi draft dodgers similar to the ones that already exist for non-haredi draft dodgers, HaBayit HaYehudi voted Moday night to oppose the new bill if those criminal penalties were included in it.

“We cannot give a hand towards harming the Torah world," Yogev said. He also noted that the committee was wrong to reduce the term of IDF service for non-Orthodox men from 36 months to 32 months without increasing the term of service for women to compensate for it.

“I cannot support something that harms the IDF,” Yogev huffed.

A previous law granting blanket exemptions from the draft for all full time haredi yeshiva students was ruled unconstitutional by Israel High Court of Justice more than two years ago. The hope appears to be that the new proposed laws manipulations and tricks used to exempt haredim from the draft are contructed in such a way as to delay the High Court from ruling them – and the new law – illegal for several years.

All previous attempts to write a new law to replace it that will equalize IDF service have been blocked by Netanyahu and Likud.

Defense Minister Moshe Ya’alon of Netanyahu’s Likud Party even went so far as to illegally exempt hundreds of haredim from the draft after the old draft law was removed, drawing a reprimand from the High Court – but no apology from Ya’lon, Netanyahu, or Likud.

In the 66 years of Israel’s existence, haredim have never been forced to serve in the IDF and few have – despite the fact that all other Jewish Israelis are mandated by law to serve in the country’s military (or, in the case of Zionist Orthodox women, to serve either in the military or in national civilian service).

Prime Minister Benjamin Netanyahu and Habayit Hayehudi Knesset faction Chairwoman MK Ayelet Shaked are allegedly trying to rip all meaning from the proposed draft reform bill to curry favor with haredi political parties. Shaked, backed by Likud, approved a clause in the proposed bill that would allow the cabinet to decide whether the annual quota of haredi draftees has or has not been met, allowing Netanyahu to effectively override the quota set by the bill and accept a lesser number – or even no number – of haredim as enough.