Prime Minister Benjamin Netanyahu has reportedly ordered the Knesset committee writing Israel’s new universal draft law not to deliberate or vote on an article in the proposed bill that would institute criminal penalties for haredim who dodge the draft. 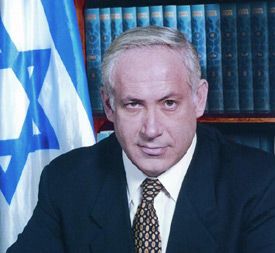 Prime Minister Benjamin Netanyahu has reportedly ordered the Knesset committee writing Israel’s new universal draft law not to deliberate or vote on an article in the proposed bill that would institute criminal penalties for haredim who dodge the draft. Netanyahu asked the Shaked Committee to table all discussion or votes on the issue until it achieves wider coalition support, Ynet reported – something that is not likely to happen.

Netanyahu had previously endorsed an outline for a draft bill that included those criminal penalties – although his endorsement was weak. Netanyahu later helped scuttle that proposed bill, leading to a breakup of the committee tasked with writing it and the eventual formation of the Shaked Committee.

The previous committee’s head, Ya’akov Perry of the Yesh Atid Party, said those criminal sanctions were based on a ruling of Israel’s High Court of Justice.

Netanyahu and his Likud Party frequently skirt High Court rulings, sometimes using deception and outright lies to do so.

The Prime Minister's Office told Ynet that "the prime minister did not order [the Shaked Committe] to wait with the vote [on criminal penalties],” but officials in the Shaked Committee confirmed Netanyahu’s request.

Last week, Netanyahu publicly insisted he would not send haredim to prison for draft dodging.

“I will not be a part of sending Jews to jail for studying Torah,” Netanyahu said.

Although haredi parties are not in the current coalition government, in part because Yesh Atid – the second largest party in Knesset after the combined Likud-Beiteinu List – would not sit in a coalition with them because it ran on a platform of ending government support for haredi draft dodging and corruption, those haredi parties, especially the Ashkenazi haredi United Torah Judaism Party, are Likud’s only natural allies in Knesset.

Yesh Atid has threatened to walk out out of the governing coalition if no criminal penalties for haredi draft dodgers are adopted.

The Jerusalem Post is reporting that the reason Netanyahu blocked discussion or a vote on criminal penalties is a fear that the Zionist Orthodox HaBayit HaYehudi Party had made a deal with haredi parties whereby the haredi parties would support leaving in place a shortened term of service for Zionist Orthodox yeshiva students enrolled in so-called Hesder yeshiva programs in exchange for eliminating criminal penalties for haredi draft dodgers.

Hesder yeshiva students now serve only 16 months on active duty, but that service is almost exclusively in combat units. The committee is planning on increasing that to 17 months.

Proposed haredi service would be for 24 months – but much of that would be spent in yeshiva and in special remedial academic classes needed to bring haredi draftees up to the level needed to be able to fill all but the most menial tasks required.

Mendelblit's proposal and much of the other proposals aimed at removing criminal penalties for haredi draft dodgers and delaying the haredi requirement to serve in the IDF appear to be in direct violation of the High Court of Justice ruling made in early February 2012.

Posted at 11:01 AM in Haredim, Israel, Religion, Religion & State | Permalink

Prime Minister Benjamin Netanyahu has reportedly ordered the Knesset committee writing Israel’s new universal draft law not to deliberate or vote on an article in the proposed bill that would institute criminal penalties for haredim who dodge the draft.