Murdered Satmar slumlord Menachem “Max” Stark appears to have “misappropriated" more than $3.6 million from the bankruptcy of one of his properties alone – almost  twice as previously estimated. 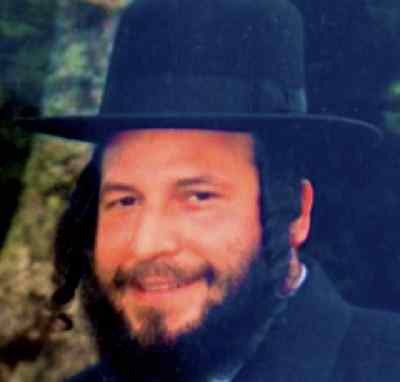 Murdered Satmar slumlord Menachem “Max” Stark appears to have “misappropriated" more than $3.6 million from the bankruptcy of one of his properties alone – almost  twice as previously estimated Newsday reported based on federal bankruptcy court records.

Stark – who was kidnapped on the night of January 2 and murdered early the next day – and his business partner Israel “Sam” Perlmutter were operating the property under the bankruptcy.

A new trustee appointed just about the time Stark was murdered.

The $3.6 million was withdrawn from the company’s bank accounts June 1, 2011, through Dec. 31, 2013, German American Capital Corporation, said in the court filing.

Based on filings by the trustee, about $1.7 million of that $3.6 million was taken from about October 1, 2013 onward. Another company account was missing about $200,000, as well, and both accounts had almost $1.5 million in deposits that were not reported even though they were required to be.

More than one month ago, the NYPD found the van used in Stark’s kidnapping and later found Stark’s DNA inside it. Police reportedly know who owns the van and who had access to it.

Yet even though weeks have passed since the van was recovered, no arrests have been made and no suspects have been named.

A source familiar with the case previously told Newsday that police have a circumstantial case made but do not want to act until they gain more conclusive evidence.

Stark and Permutter defaulted on tens of millions of dollars in loans and allegedly owed hundreds of thousands more to contractors and suppliers.

Stark was also allegedly part of a building flipping scheme in which he would default on property loans after running the property down first. LLCs allegedly formed by his friends and relatives with Stark as a hidden silent partner would then approach the lenders and offer to buy the property at a steep discount.

Murdered Satmar slumlord Menachem “Max” Stark appears to have “misappropriated" more than $3.6 million from the bankruptcy of one of his properties alone – almost  twice as previously estimated.