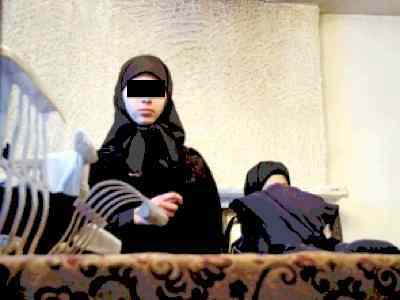 However, the Ontario judge stayed the order for 30 days to give the children’s families time to appeal his ruling.

The Centre for Israel and Jewish Affairs is acting as the public spokesman for other Jewish agencies on the Lev Tahor issue. David Ouellete, the group’s associate director for Quebec public affairs, reportedly said his group welcomes the Ontario court’s ruling.

“We have full confidence in the Quebec authorities and in the ruling of the Quebec Superior Court, which was validated by the Ontario Court of Justice. We’re concerned about the well-being of the children, and we understand  that the Department of Youth Protection [DYP] in Quebec has solid reasons to have these children removed and placed in foster families,” Ouellette reportedly said, adding that evidence presented by the DYP in Quebec “details cases of utter negligence toward the children,” that include allegations of forced underage marriage, failure to provide adequate education and inappropriate violent discipline of children.

Ouellette also reportedly said Jewish social service agencies such as Agence Ometz and Batshaw Youth and Family Centres have been working closely with the DYP for almost one year to provide it with Yiddish and Hebrew interpreters and to find appropriate foster care for the children with haredi families.

Lev Tahor fled their enclave north of Montreal in November, one day before some of its members were to appear in youth court in Quebec.

Its appeal of the Quebec youth court decision that was upheld in Ontario last week is scheduled to be heard on February 20.

Lev Tahor continues to deny all the allegations against it.

Lev Tahor leaders were scheduled to meet with Children’s Services representatives this week, but Nachman Helbrans – a son of the group’s founder, convicted kidnapper Rabbi Shlomo Helbrans and a Lev Tahor organizer – told the CJN that Lev Tahor has stopped cooperating with the Chatham-Kent (Ontario) Children’s Services because, Helbrans reportedly said, they were intrusive, repetitive, and didn’t find any evidence of abuse or neglect.