A group of messianist Chabad rabbis has equated US Secretary of State John Kerry with Haman, the Biblical archenemy of the Jews. 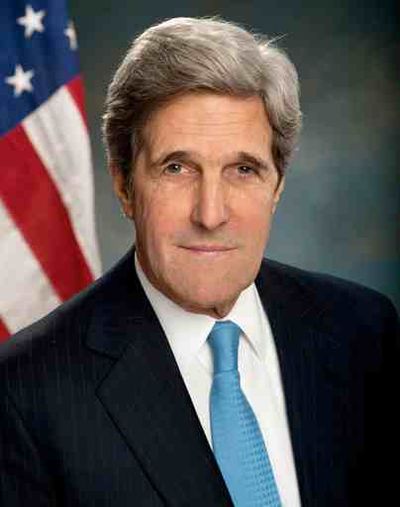 US Secretary of State John Kerry

Upset with US brokered peace talks, a small group of Chabad and Zionist Orthodox rabbis attacked Secretary of State John Kerry and compared him to Haman, the Biblical archenemy of the Jewish people.

The story has been widely reported in Israel, and the Forward picked it up today. But, oddly, it doesn't realize that two of the five rabbis are Chabad followers. And it also misspells the name of the late Rabbi Meir Kahane:

…The letterhead carries the name of the Committee to Save the Land and People of Israel, a relatively unknown organization. But some of the rabbis who signed it are considered big names in Israel’s religious right.

Two of them were affiliated with political activists who worked with the late Meir Kahana: Rabbi Shalom Dov Wolpo, who was one of the leading rabbinical voices opposing Israel’s disengagement from Gaza and who in the past was a supporter of a political party consisting of Kahana followers, and Rabbi Yisrael Ariel, who now heads the Temple Institute and in the past ran for the Knesset as a member of Kahana’s Kach party. Other signatories are Rabbi Gedalya Axelrod, the former head of Haifa’s rabbinical court, a civil service position; Ben Tziyon Grossman, a Chabad Rabbi from Migdal Haemek; and Rabbi Yigal Pizam, also from Chabad.

And just in case the historical references provided to Kerry by these rabbis were not enough, the letter goes on to tie the expected unveiling of his new peace framework with the upcoming Jewish holiday of Purim. Kerry, not surprisingly, will play the role of Haman — the Persian vizier who hatched a plan to kill all the Jews — in the rabbis’ modern-day story of Esther. And if Kerry missed this lesson in Sunday school, the rabbis’ letter provides him with a reminder about Haman’s fate: “Tellingly, he and his sons eventually were hung on the very same gallows he had prepared for Mordechai, the Jew.”

• Rabbi Sholom Dov Ber Wolpo is arguably the most popular rabbi on the Chabad street in Israel today. Wolpo is a Chabadnik. His books are sold by Chabad organizations (the earlier ones even carry approbations from the Chabad's rebbe, Rabbi Menachem Mendel Schneerson, who died in 1994). Yet the Forward apparently does not know this.

• Rabbi Gedalya Axelrod, identified by the Forward only as "the former head of Haifa’s rabbinical court," is a well-known Chabad rabbi and messianist.
• The only non-Chabad rabbi who signed the letter is Yisrael Ariel, who is a hard right Zionist Orthodox rabbi.
• In rabbinic writings, Haman is considered to be the descendant of Amalek, the archenemy of the Jews who God commanded Jews to blot out and destroy.

A group of messianist Chabad rabbis has equated US Secretary of State John Kerry with Haman, the Biblical archenemy of the Jews.