« Haredi Rabbis Ban All Yeshiva Students From Serving In The IDF Under Any Circumstances | Main | Video: Inside The Haredi Lev Tahor Cult » 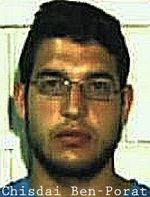 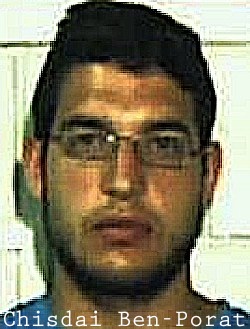 At the sentencing, the victim and his parents will, I’ve been told, not be allowed to speak – an oddity that does not bode well for those hoping Ben-porat gets a significant sentence.

Ben-porat was only charged with molesting one child, even though there is clear video proof he also molested at least one more boy.

Other children who had Ben-porat as their counselor were allegedly not questioned by police or the DA, either to gain evidence for the two known cases or to see if other boys were molested by Ben-porat, as well.

State Police, however, allegedly claim they still investigating whether other boys in the camp were molested.

Ben-porat is likely to get a probationary sentence, meaning he will be able to return to his family’s home in Canada immediately.

If police do finally get around to questioning these kids more than seven months after the incidents we know about took place, and if police gather enough evidence to indict Ben-porat for those additional crimes, will Canada return him to the US to stand trial?

That question is being asked by some who want Ben-porat’s sentencing delayed until the Pennsylvania State Police finish their belated and arguably incompetent investigation.

That, however, is unlikely to happen.