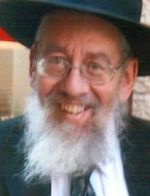 Rabbi Meir Schuster, who spent decades searching out young non-Orthodox (or, sometimes, Modern Orthodox) Jews at places like the Kotel (Western Wall) and trying to get them to sit in on classes at Ohr Somayach, Aish HaTorah, Neve Yerushalayim or other smaller ba'al teshuva (missionary outreach) yeshivas and seminaries passed away today. 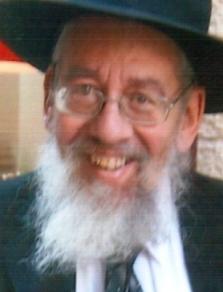 Rabbi Meir Schuster was a true believer. In fact, he was the true believer's true believer, a man who was so consumed with his missionary activity that he barely slept and spent almost no time with his own family.

The American born Schuster, who spent decades searching out young non-Orthodox (or, sometimes, Modern Orthodox) Jews at places like the Kotel (Western Wall) and trying to get them to sit in on classes at Ohr Somayach, Aish HaTorah, Neve Yerushalayim or other smaller ba'al teshuva (missionary outreach) yeshivas and seminaries passed away today.

Schuster founded and led the Heritage House youth hostels in Jerusalem's Old City, places where almost any non-Orthodox Jew (and some Modern Orthodox Jews) could stay for free six days a week. The only cost was sitting in on a class or two in the hostel and/or at a local ba'al teshuva yeshiva or seminary. (To stay for Shabbat cost a modest amount of money, but that bought you two home cooked meals with haredi families and a third meal Shabbat afternoon in the hostel.)

Schuster spent so little time with his own family the joke (which really could have been true) was that he came home late one night from "schlepping" non-Orthodox college students at the Kotel and saw a strange young man in his kitchen. "Who are you?" Schuster asked. "Abba, it's me. Dovid, your son," the young man answered. In the days that joke was written, Dovid still lived at home.

I dislike much about what Schuster did with his life because I dislike and oppose kiruv manipulation and the idea that the ends justify the means. They don't.

Other people in the kiruv business grow to head large organizations and spend much of their time in their office and fundraising and little, if any, actual time doing kiruv.

Schuster had a large organization but he spent almost no time in its – or in any other – office. (I worked for him for about a year, doing advertising, public relations and serving as the men's hostel's night manager, so I can attest to this personally.) Schuster spent all day (and large parts of many nights) on his feet at the Kotel, on Ben Yehuda Street, or wherever young non-Orthodox English speaking Jews were likely to be. When he found these "kids" (as they were known in the business), he didn't pretend to be one of them. He wore his dusty black hat and his dark (pinstripped, if I recall) suit. He was always a rabbi, even when and where being a rabbi was not cool.

The people Schuster hired to run his organization couldn't keep it up after Schuster fell ill with Lewy Body Dementia, and the organization crumbled. Maybe that's becuase for most of them, kiruv was a job first and foremost. They weren't true believers, they were technocrats, and without the often naive and trusting Schuster, they couldn't survive as an organization.

Haredi kiruv is a bad thing. But among its practitioners, Meir Schuster was both a pioneer and (basic kiruv manipulations aside) an upright man, a person who truly believed with all his heart and soul in what he was doing and how he was doing it.

If I had to sum up Schuster's life in a brief sentence I would say this: Meir Schuster wanted Jews to be Jews and he wanted all Jews to study Torah and do mitzvot; for him, beyond this there really was nothing else.

This isn't good and it may not even have been sane.

But among the thousands of kiruv practitioners, Schuster was the real deal. In fact, he might have been the only one.

Rabbi Meir Schuster, who spent decades searching out young non-Orthodox (or, sometimes, Modern Orthodox) Jews at places like the Kotel (Western Wall) and trying to get them to sit in on classes at Ohr Somayach, Aish HaTorah, Neve Yerushalayim or other smaller ba'al teshuva (missionary outreach) yeshivas and seminaries passed away today.