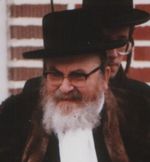 “Once you go public, you are damaged goods there,” said Yehuda, now 19. “My family will be targeted. They could blow up my father’s house. I have nephews in New Square schools,” he said. “They will go after the children if I press charges. My sister would never forgive me. They use family against you like the Mafia.” 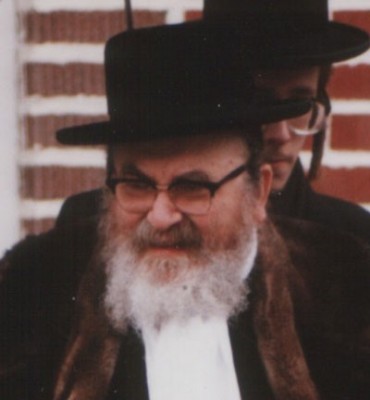 The Journal News has a report child sex abuse in the hasidic village of New Square, New York, the epicenter of the Sqvere hasidic sect.

Many of you will recall that a Sqvere hasid, Aron Rottenberg, was almost killed by one of the Sqvere Rebbe's attendants, Shaul Spitzer, in May 2011. Spitzer tried to set Rottenberg's home on fire. The home was occupied at the time by Rottenberg and his large family, all of whom were sleeping save one when Spitzer tried to burn the place down in the wee hours of the morning.

Thankfully, Rottenberg had a security camera system and his son-in-law wasw up monitoring it when Spitzer tried to strike.

Rottenberg's son-in-law woke Rottenberg who rushed outside and confronted Spitzer, who st Rottenberg on fire and almost killed him.

Why the attack on Rottenberg?

Rottenberg had defied the Sqvere Rebbe's order to pray only in the village's lone synagogue and instead walked about a mile to a nursing home just outside the village every Shabbat, where he held services for an elderly Jewish man who needed to say kaddish (the memorial prayer) for a desceased relative.

Rottenberg was a dissident, and dissent is not tolerated in New Square.

The Journal News managed to publish an entire feature article on sex abuse in New Square without ever mentioning what happened to Rottenberg – quite a feat for anyone covering crime in the hasidic village.

Still, the Journal News did report some important information. Here is a sampling:

…Yehuda, who also asked that his last name not be used, said he is among the victims pressured not to speak. He claims he was sexually abused at age 15 by a man who was once part of Twersky’s inner circle and is suspected by police of molesting others.

Yehuda has spoken to Ramapo police, but hasn’t filed charges because he fears retribution from those loyal to the grand rabbi.

“Once you go public, you are damaged goods there,” said Yehuda, now 19.

“My family will be targeted. They could blow up my father’s house. I have nephews in New Square schools,” he said. “They will go after the children if I press charges. My sister would never forgive me. They use family against you like the Mafia.”…

For accusations [of sexual abuse] made by people like Yossi and Yehuda, Twersky established the Vaad in 2008.

The committee of five local men, who meet about once a month, serves as a local clearinghouse for sex abuse allegations, referring victims and abusers to a roster of therapists and arranging training for teachers, principals and community rabbis on how to recognize signs of abuse.

Gabriel Fagin, a therapist who has provided training and also counseled Yossi and other local sex-abuse victims and abusers, said the efforts have dramatically changed the culture of a village that was “in complete denial about the issue.”

“There is a much more comprehensive and wholesome approach to how the community is dealing with the issues,” he said.…

In New Square, they’ve come up against community leaders who say it’s not their job to report sex crimes.

“We’re not mandated reporters,” said Isaac Brewer, a member of the Vaad. “That’s not our function. What we do with the accused is therapy and restrictions, until the authorities step in. He (Taubenfeld) is a typical subject that therapy and a slap works.”

Brewer, whose committee hears a couple of abuse allegations a year, said details about Yossi’s case have been “distorted.” He said leaders never sought to keep Yossi from contacting police.

“What friends, neighbors, cousins, others told him to do, we can’t be held responsible,” Brewer said of Yossi’s case. “We will never hold back anyone from saying what they want to say.”…

“The judge actually made indications to us that he wanted to see if it could be a non sex-offender case, where Taubenfeld would not have to register as a sex offender,” Rockland County Assistant District Attorney Eric Holzer said. “I said ‘no.’ ”

“It’s my honor to serve the community,” Salles told The Journal News, while refusing to discuss Yossi’s case. “I sit and weigh things fairly on behalf of everyone.”…

In a second article published today, the Journal News adds even more detail – but again, no mention of what happened to Rottenberg:

“It’s well known in that community; it’s well known who the perpetrators are,” Lynch said. “But we have not had people who come forward, sign complaints and are willing to testify in court.”

He blames this largely on New Square’s leadership, which established a community group, the Vaad, to handle sex-abuse allegations in-house.

“Why do they stand for it? We can’t understand,” Lynch said. “We try to apply our logic and theories of right and wrong. They have a totally different reaction and a different way of looking at it.”

Ramapo detectives, for instance, suspect that one man who was once part of Grand Rabbi David Twersky’s inner circle has preyed on numerous boys over at least a decade, Lynch said. They’ve spoken to some of the alleged victims, but none is willing to press charges.

“There doesn’t appear to be a sense of outrage in the community,” Lynch said. “We sit here in knots thinking how we can never allow this to happen to our kids, yet it happens in the community.”…

In New Square, the Vaad sends alleged victims and abusers to therapists, without reporting crimes to outside authorities.

It was formed with direction from several psychologists with OHEL Children’s Home and Family Services, a Jewish social-service agency based in Borough Park, Brooklyn, that critics say has shielded child molesters brought there for treatment by rabbis.

In a 2011 exposé, the New York Jewish Week documented a case in which the agency failed to call police about a patient who’d been sexually abusing her young son, and reported that the agency is known for doing “more to protect the reputation of the community than the safety of its children.”

Rockland District Attorney Thomas Zugibe said some community leaders and rabbis lean on families and victims to stay away from authorities and not press charges.

Many people who defy the edicts of community leaders see their children kicked out of religious schools. The families also are ostracized — with the men denied a place in synagogue — and become targets of protests to force them out of New Square.

“We’ve told the community if they fail to take action (against sex offenders) they are creating another generation of victims,” Zugibe said.

“In many cases, the victims become offenders. That’s a big reason they can’t let these guys go and not prosecute,” he said.…

New Square is corrupt. Rockland County is corrupt. The fact is, New York State is arguably corrupt, as well.

If you do not see a US Department of Justice investigation and prosecutions of New Square leaders and Rockland County politiicans and law enforcement, you can add the US Attorney for the Southern District of New York to that list, as well.

As for Gavriel Fagin, he is arguably part of the problem – and all child sex abuse victims should realize this.

“Once you go public, you are damaged goods there,” said Yehuda, now 19. “My family will be targeted. They could blow up my father’s house. I have nephews in New Square schools,” he said. “They will go after the children if I press charges. My sister would never forgive me. They use family against you like the Mafia.”