The New York Post chooses to ignore the fact that that an accused pedophile's attorney lied to them and ignores the much else about the case, to try to smear a blogger for reporting the pedophile's arrest.

The New York Post omitted key facts from a story in order to try to smear me.

What follows shows that Post did this intentionally and willfully.

If someone claims a post I wrote is false or defammatory or "hurtful," does that person have to provide details and facts to prove that claim? Or am I obligated to remove the post simply becuase an unspecific claim has been made?

The law is clear. I have no obligation to remove the post or to update the post.

In this case, an accused pedophile's attorney wrote to me claiming that "[y]our website contains inaccurate hurtful information regarding our client.  We would like to avoid a defamation of character suit and please ask that you kindly remove this article from your website. Please contact our offices to discuss this matter further."

I responded this way, "She was arrested, as you know, and you have no legal basis for a lawsuit."

Note the attorney provided no specifics. He didn't claim the alleged victim was older or that the abuse did not take place or even that the charges were dropped or that his client was innocent.

Also note that he did not respond to my email.

Therefore, I had no legal obligation to do anything. As far as I knew, the case was still active and nothing I reported was wrong.

Note that the Post was told by Trachtenberg's attorney that I never responded to his email – which is false and which the Post knew to be false. But as you'll see below, that lie by Trachtenberg's attorney is not in the Post's report. Neither is the reason for the dismissal of the case against Trachtenberg. (I've been told it has to do with a statute of limitations question caused in part by a prosecutor's error – but I have not yet been able to confirm this.)

Also note that the Post repeatedly refused to share the lawsuit with me so I could respond to it or to tell me why the case was dropped – something they don't tell readers, either.

This is a hit job done in part to placate the haredi community and to make up for its Menachem Stark "Who didn't want him dead?" cover. And what this should tell you is that nothing the Post reports can be trusted. 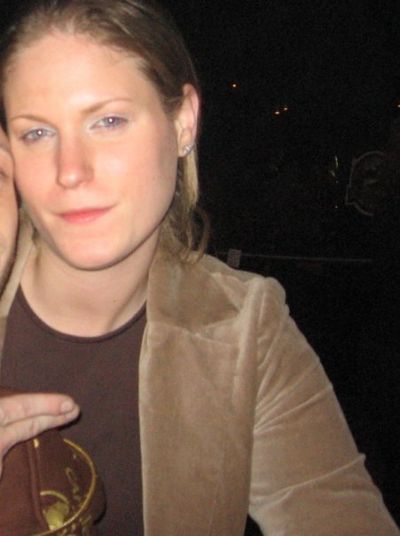 I'm told she worked in a number of Torah-Umesora-linked preschools, and that there could be many more potential victims.

The NY Post's reporter told me that Trachtenberg has filed suit against me. The New York Post is doing a story on the lawsuit. I have not been served and had no prior knowledge of the lawsuit.

The NY Post reporter told me that Trachtenberg's attorney "says he got no response from you at all after sending a cease and desist letter alerting you that the information was defamatory."

I told the New York Post's reporter that was false, and I shared the following email to me from Trachtenberg's attorney dated October 2, 2013 and my response to that attorney sent to him less than two hours later:

To whom it may concern:

Pleased be advised that we represent Marisa Trachtenberg. Your website contains inaccurate hurtful information regarding our client.  We would like to avoid a defamation of character suit and please ask that you kindly remove this article from your website. Please contact our offices to discuss this matter further.
Very truly yours,

Noting that Trachtenberg's attorney had provided no specifics about what was inaccurate or hurtful, or what he would be basing a defamation lawsuit on, I responded this way:

She was arrested, as you know, and you have no legal basis for a lawsuit.

Trachtenberg's attorney did not respond to me or provide me with any information.

(I've posted a screenshot of the entire email exchange with Trachtenberg's attorney at the bottom of this post.)

The NY Post's reporter responded that, "I understand your point about the attorney."

I also told the NY Post reporter that, "[t]his was the extent of the communication. He [Trachtenberg's attorney] never responded and the burden was – and remains– on him to provide specifics showing what I posted was defamatory and to provide proof. He did neither. Again, if he had, I would have updated my post."

I told the NY Post reporter that based on the above email exchange from Trachtenberg's attorney, she should be suing him, not me.

I've since found out two facts the NY Post reporter may not know.

1. The Post met with haredi leaders recently in a meeting arranged and hosted by Agudath Israel of America to discuss the Post's Who Didn't Want Him Dead? cover on the Menachem Stark kidnap-murder.

2. Zev Brenner is allegedly doing his radio show tomorrow night on anti-Semitism in the news media based on the Post's cover. The NY Post was allegedly invited to appear on that show but has, I was just told, declined to do so. [Brenner did the show and the Post was not on it.]

Is it a coincidence that the NY Post is doing a story on Trachtenberg and my coverage of her case later tonight or tomorrow?

No one I've spoken to so far thinks that it is.

• Again, Trachtenberg was arrested and indicted.

• The source who tipped me off to the arrest and indictment is an anti-child-sex-abuse activist who has been involved in dozens of cases.

• When that activist told me about the arrest and indictment, he said victim was "a young child" but wasn't specific about the age because the activist did not know exactly what the victim's age was when the alleged assault took place.

• When I spoke to the activist this afternoon, the activist said that the victim was "a young child," "about 14 or 15 years" old at the time of the assault, and did not realize I had been misled (or had misunderstood) by what he told me months ago. He also reiterated the fear that there could be more victims. I can also add that that activist told me over the weekend that there was about a 10-year age gap between Trachtenberg and her alleged victim, and that the case was dropped due to prosecutor's error related somehow to an SOL issue.

Now here's the Post's hit piece that has no mention of Trachtenberg's attorney's false claim(s) in it, or any explanation of why the charges were dropped, or any mention that I posted screenshots of the court filing showing her arrest and the charge against her in my original post, or that the case was open and active when I posted it, or the fact that Trachtenberg's attorney never specified what was false or hurtful or defammatory in my original post or provided anny facts at all – even though I told the Post's reporter all of those facts Friday and provided proof. But in the world of the New York Post, truth does not matter:

A Queens woman says an Orthodox blog has falsely damned her as a pedophile — without being given a chance to state her innocence, according to a lawsuit.

Preschool teacher Marisa Trachtenberg, 31, was charged on a sex-abuse charge in August with kissing a 15-year-old girl in 2006 — an allegation she vehemently denies.

Although the charges were quickly dismissed, Trachtenberg claims “she lives in hell” because a Minnesota blogger who reported the arrest implied the victim was a young child and that there were “potentially many more victims,” according to a December Queens Supreme Court suit.

Although a lawyer alerted Shmayra Rosenberg, who runs failedmessiah.typepad.com, that the statements were “false and defamatory,” Rosenberg refuses to remove the post.

Rosenberg “did not check the source of his information” and “acted in reckless disregard for the truth,” according to court papers. “A simple visit to the court or phone call to Marisa Trachtenberg would have resulted in access to the pleadings.”

Rosenberg claims it’s on Trachtenberg to provide proof of her innocence — although the blogger never requested such evidence when Trachtenberg’s lawyer asked that the post be removed.

“I did not speak to Trachtenberg” before writing about the arrest, he told The Post. “I had a credible source who told me the child was very young and that they were afraid there were more victims,” he told The Post.

Trachtenberg says she lost her job, has been unable to get another one, and has been “totally ostracized by the Orthodox community.”

She’s asking a judge to force Rosenberg to take down the post, as well as for unspecified damages.

Kathianne Boniello should not be working in journalism. Of course, neither should the Post's ultimate owner, Rupert Murdoch.

As for Trachtenberg's lawsuit, it is frivolous. She was arrested for allegedly sexually abusing a child. That is a fact. The fact that there was a fear expressed to me that she may have many other victims is a fact.

She should be suing her attorney for his incompetence, not suing me.

And if the case was dropped because of a prosecution error related to the statute of limitations, she has nothing to complain about at all.

The New York Post chooses to ignore the fact that that an accused pedophile's attorney lied to them and ignores the much else about the case, to try to smear a blogger for reporting the pedophile's arrest.