Shomrim Shooter Sentenced To 12 Years, Lashes Out At Judge 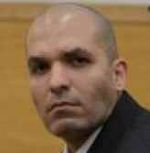 “I’ve been railroaded. There's no justice in this court. What is the penalty for a hate crime? These people were beating me. Nobody cares about my rights. I'll see you in federal court.” 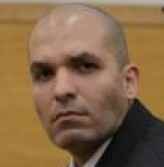 David Flores was sentenced today to 12 years in state prison for possessing the gun that may have saved his life.

In 2010, David Flores, a career criminal, was indicted in Brooklyn on 16 criminal accounts including attempted murder for shooting several members of the Shomrim street patrol in the Borough Park section of Brooklyn.

Flores claimed the Shomrim members stopped his car, pulled him out of it and savagely beat him. In the process of that beating Flores shot and wounded some of his attackers. When EMTs arrived at the scene, Flores – groggy, bleeding and disoriented – reportedly asked them to call police to arrest the Shomrim members who beat him.

Nonetheless, Flores suffered for the allegation, both during the beating and in the 3 1/2 years he spent in jail after it awaiting trial.

Before sentencing, Flores reportedly read a brief statement alleging that being unfairly labeled a pervert by Shomrim has caused him to live an  “unbelievable nightmare” in jail for those 3 1/2 years.

“Both correction officers and hordes of gang members subjected me to untold gang assault, leaving me in absolute agony. I was returned to punitive segregation and starved for months because my meals almost always contained human feces and urine,” Flores said, adding that he was even cuffed to a wall and assaulted at Rikers Island at what he called “gladiator school.”

Flores was eventually transferred to a Nassau County jail about a year ago to protect him.

At trial, Flores was acquitted of 15 of the 16 counts against him.

But he was convicted on one count – illegal gun possession – a gun that arguably may have saved his life.

At trial, Flores testified he found the gun in an abandoned building nine years before the Shomrim incident and testified that the first time he ever took it outside his mother’s apartment since then was the day Shomrim attacked him.

Even if true, a gun possession conviction meant that he could be sentenced to as much as 15 years in prison.

But with the mitigating circumstances related to what the jury saw as an unprovoked assault against him, Flores and his supporters had high hopes that he would get a slap on the wrist.

Instead, he got a punch in the face.

This afternoon, Justice Dineen Riviezzo reportedly said she found Flores’ explanation for possessing the handgun “less than credible.” And then Judge Rivizzo sentenced Flores to 12 years in state prison.

Flores lashed out at the judge as he was being led away by court officers.

“I’ve been railroaded. There's no justice in this court,” Flores yelled.

“What is the penalty for a hate crime? These people were beating me. Nobody cares about my rights. I'll see you in federal court,” Flores said to the judge.

Outside the courtroom after sentencing Flores’ mother screamed at the four Shomrim members - Abe Kaztow, Abraham Brauner, Joel Klein and Motty Perl – who were wounded by Flores.

“It's all you guys' fault. I hate you,” she reportedly screamed.

“Twelve is not enough, but the jury spoke then and now the judge spoke,” Daskal said.

“I think it was very clear the judge didn't buy Mr. Flores’ assertions that he was an innocent victim,” haredi City Councilman David Greenfield told the paper.

Flores was also sentenced to as much as three years in prison for an apartment rental scam. That sentence will run concurrently with his sentence for illegal gun possession.

All told, Flores could be released from prison in about 6 1/2 years after being credited for time already served.

The various Brooklyn haredi safety patrols have frequently been criticized for taking vigilante action that the law does not allow.

In a recent example, on December 1 a gang of at least one dozen hasidic men dressed as Shomrim members savagely beat a gay black college student walking home from a party. Despite a number of witnesses and photographs of vehicles used by the hasidic gang in the attack, no arrests have been made.

Perhaps the most well-known case took place in Crown Heights, where blacks walking through the Jewish section of the neighborhood have occasionally been assaulted by hasidic street patrols. One member of the Crown Heights Shmira Jewish safety patrol, Yitzchak Shuchat, fled arrest for one such assault and is living openly in Israel. Shuchat’s assault took place in April 2008. Attempts to extradite him drew sharp condemnation from Crown Heights Chabad leadership and have so far failed.

Shomrim Shooter Sentenced To 12 Years, Lashes Out At Judge

“I’ve been railroaded. There's no justice in this court. What is the penalty for a hate crime? These people were beating me. Nobody cares about my rights. I'll see you in federal court.”