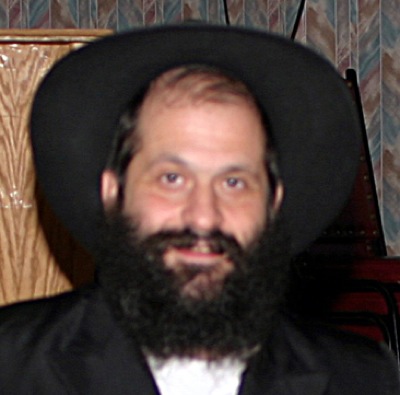 “Recusal is necessary because the case is littered with factual and legal issues so closely connected to the actions, statements, and relationships of the Presiding Judge that an observer might reasonably question her ability to remain impartial,” the motion, filed by Iowa Attorneys Stephen H. Locher and Matthew C. McDermott, reportedly states.

Attorneys for Rubashkin claim they have just learned that Reade’s husband is a partner in the Bradshaw Fowler law.

At the time the criminal trial was pending and through the date of sentencing, Bradshaw Fowler – but not Reade’s husband directly – represented several companies partially owned by Sholom Rubashkin in bankruptcy proceedings.

Bradshaw Fowler has several dozen attorneys and dozens of clerks and paralegals on its staff. Ten of those attorneys – but not Reade’s husband – billed time on those Rubashkin bankruptcies.

“The fact that this conflict arguably works in favor of Mr. Rubashkin – i.e., the Bradshaw Fowler firm effectively represented him and his companies – does not weaken the appearance of partiality. A party in Mr. Rubashkin’s position might legitimately be concerned that the judge will ‘bend over backwards‘ to avoid any appearance of partiality, thereby inadvertently favoring the opposing party…“No judge, no matter how well intentioned, could be expected to evaluate her own actions and statements, address matters in which her husband‘s law firm was – and still is – providing assistance to Mr. Rubashkin, and rule on other issues of which she has personal knowledge from extrajudicial sources without legitimate questions being raised about impartiality,” Rubashkin’s new motion reportedly says.

But Rubashkin has shown no evidence that Reade’s husband had any of this alleged confidential information or that, if he did, he passed it to his wife. And he has also failed to show that any of that information would have in any way negatively impacted his verdict or his sentence.

Bradshaw Fowler handled the bankruptcy of one of the two Rubashkin-owned companies through to the end.

But on the second company’s bankruptcy, Bradshaw Fowler was replaced by different counsel, and that replacement counsel reportedly challenged Bradshaw Fowler‘s fees – again a fact that has no bearing on Rubashkin’s criminal trial, his sentence or his motion to vacate it.

Rubashkin’s attorneys also attempt to re-litigate earlier recusal motions that were rejected by an appellate court as part of Rubashkin’s appeal.

The United States Attorney‘s Office for the Northern District of Iowa was recused from the investigation of those threats, Rubashkin’s attorneys say, and therefore should have had no role in the investigation.

But, Rubashkin’s attorneys say, Reade spoke to those prosecutors about the investigation of the death threats.

“Indeed, there are only two apparent reasons why the Presiding Judge would reach out to the USAO-NDIA to express concerns about the threat investigation despite that office‘s recusal [either] she wanted to enlist the support of USAO-NDIA in trying to convince law enforcement agents to move the investigation along; or … she wanted to express frustration to a listener she perceived to be sympathetic. Either one raises serious appearance questions about whether the Presiding Judge was too close with the USAO-NDIA, and therefore whether she should have presided over Mr. Rubashkin‘s sentencing even if, as the government alleges, she properly presided over his trial. Mr. Rubashkin is entitled to flesh this issue out before a judge who was not involved in the underlying events,” Rubashkin’s attorneys wrote.

Rubashkin’s attorneys reportedly go on to argue that the death threats transformed Reade from a judge into a material witness in the case.

But if that were true it would open the door to threatening judges who have records of handing down long sentences. And the threats have not been tied to Rubashkin directly or to his immediate family, which would seem to make Rubashkin’s argument moot.

Rubashkin was convicted of 86 counts of bank fraud, money laundering, wire fraud, mail fraud and related crimes and was sentenced by Reade in 2010 to 27 years in federal prison – 25 years for his charged crimes and 2 years for perjuring himself on the witness stand.

Federal sentencing guidelines called for a sentence of 22 years to 30 years. If Reade had sentenced Rubashkin to the maximum plus two years for perjury, he would be serving a 32-year sentence, not a 27-year sentence.

But under a federal sentencing rule, in any re-sentencing Rubashkin could also be sentenced for crimes he was not yet tried for, including obstruction of justice, bribery and several other crimes including harboring illegal aliens for profit and aggravated identity theft, as long as enough evidence exists that would support a conviction.

Because of the evidence gathered in the cases of his co-conspirators, all of whom pleaded guilty or were convicted, it is possible Rubashkin’s sentence could actually be made longer, not shorter, if he wins his 2255 motion and is re-sentenced. If he is retried and convicted, he could also be sentenced for any or all of those related crimes, and he could also be sentenced to to as much as the maximum the sentencing guidelines recommend.

As FailedMessiah.com exclusively reported then, prosecutors offered Rubashkin a 12-year plea deal before trial, but Rubashkin turned it down.

Agriprocessors was raided by US Immigration and Customs Enforcement along with other federal, state and local law enforcement on May 12, 2008. Approximate 75% of Agriprocessors approximately 1000 workers were undocumented.

Stacks of forged identity documents were found in Agriprocessors' office.

Five months later, Agriprocessors slid into insolvency and closed not long after Rubashkin was arrested on fraud charges.

At trial, the court heard testimony that Rubashkin's bank fraud, money laundering and related crimes had gone on for more than a decade.

Among other crimes, Rubashkin used Jewish charities he controlled to lauder money and deceive his lenders.

Rubashkin also took approximately $1.5 million dollars from Agriprocessors for his personal use.