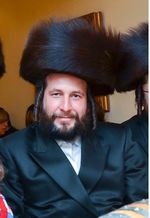 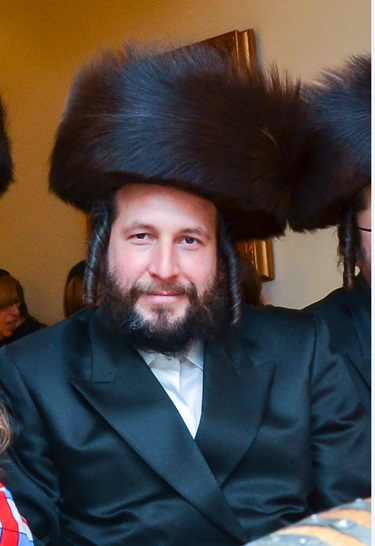 “Any number of people wanted to kill this guy,” a law-enforcement source told the Post, noting that the 39-year-old father of eight was involved in several “shady” real-estate deals and was heavily in debt.

Much of that debt appears to be delinquent.

“He owed a lot of people money,” another source told the Post (and yet another well-placed Williamsburg source told FailedMessiah.com).

The Post’s source claims that only hours before he was kidnapped and murdered, Stark borrowed $500,000 from a business associate – a Borough Park-based real-estate developer whom he allegedly called a dozen times that day trying to get money – but was snatched before he could withdraw the money which the developer had allegedly deposited in one of Stark’s bank accounts. (Neither that developer or Stark’s partner, Israel “Sam” Perlmutter, are reportredly suspects in Stark’s kidnapping and murder.

Police investigators – while acknowledging that Stark was known as a charitable man by his Satmar hasidic neighbors – told the Post on condition of anonymity that there was a long string of people who allegedly were very angry at Stark: a large number of tenants from more than a dozen Brooklyn residential properties Stark owned (and mismanaged), many unpaid contractors, and a number of business associates.

“He was involved in shady business deals, was known to carry around a lot of money and had a sealed arrest for forcible touching” of a young girl in his past, one unnamed law-enforcement source told the Post.

Stark also reportedly owed the city tens of thousands of dollars in fines for 148 Department of Buildings violations on 17 properties.

His buildings also have 182 Environmental Control Board violations – 60 of them are reportedly still open.

“He owed me some money on a job I was doing for him, and he told me to go f–k myself,” a Williamsburg contractor told the Post.

The Post also reports that many former tenants of Stark’s properties spoke of having to live in unkept rat and vermin infested buildings with sporadic heat and hot water.

A former resident of 239 Banker Street in Greenpoint was blunt.

“I’ve had many conversations with him, and of course in many of those conversations I wanted to kill him myself,” Greg Hanlon, reportedly joking, told the Post.

The city issued a vacate order for 239 Banker Street in 2009 because its “occupancy is hazardous to life.” Many of its residents lost the four month deposits Stark made them pay on rental because Stark never paid them back.

But all during this time and afterward, Stark apparently continued to donate large sums of money to Satmar charities and to loaned money to other hasidic businessmen – money that was, in part, essentially stolen from his tenants.

“He pretty much ripped off the whole building. They kept trying to serve him [with legal papers], and he kept hiding from them. When he’d hear ‘Are you Max Stark,’ he would take off running,” Ryan Kuonen, a tenant organizer, reportedly said.

Stark was also a loan shark, a source told the Post.

And on top of all this, Stark and his partner Perlmutter owe tens of millions of dollars in defaulted loans.

All insisted that it is wrong for the media to label Stark a slumlord, and Isaac Abraham even attacked Stark’s tenants who over the years had posted comments on Yelp and other sites complaining about Stark’s bad behavior.

Abraham also attacked a Jewish woman who called in and who complained about Jewish slumlords, both Orthodox and non-Orthodox, and who was very clear that she didn't know Stark and was not attacking him personally. Abraham lashed out at her anyway.

You can listen to that show, which runs about 2 hours and 46 minutes in length, by clicking the gray bar below. (If you right click, you should be able to open the file in a separate window. If you do that, you’ll have much better control over the audio file.)