The FBI has allegedly received information showing that an Israeli government minister is involved in the complex criminal scandal swirling around a prominent Israeli haredi rabbi and a Republican US Congressman. 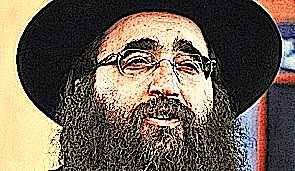 The Israeli business daily Globes is reporting that “information reaching the US Federal Bureau of Investigation (FBI) indicates that an Israeli [government] minister is involved in the Israel Police investigation of Rabbi Yoshiyahu [Yosef] Pinto, as well as [in] the investigation of a [US] Congressman” being carried out in the US.

“The link between the FBI investigation, in which Pinto is a key witness, his investigation in Israel, and suspicions of misconduct at the very top of Israel Police (about which we are not at liberty to expand at this stage), are at the heart of the decision awaiting Attorney General Yehuda Weinstein. According to recent reports, Weinstein received new information, shortly before he was set to make a decision regarding Pinto’s indictment,” Globes continued.

It is unclear what the FBI actually believes Pinto may have done – or what it believes may have been done to him. But it is believed to be actively investigating US Representative Michael Grimm (Republican; Staten Island, NY) – himself a former FBI agent – over alleged violations of campaign fundraising law.

Grimm is close to Israeli Prime Minister Benjamin Netanyahu and there is speculation that Israel Police may have smeared Pinto – whose close followers are implicated in Grimm’s alleged wrongdoing – to protect Grimm.

The Jerusalem Magistrates Court reportedly ruled today to lift part of the gag order in this case. That ruling is expected to take effect tomorrow morning.

Reacting to claims that the case would would shake public confidence in police, the Ministry of Justice reiterated what it has said in earlier statements.

“To date, we have not publicized announcements regarding the Pinto affair, and we do not intend to address the affair in public at this stage. This stance neither confirms nor denies any announcement, even if it is completely ridiculous. Anyone who issues any statement at this stage does so solely on his own authority.”

Pinto, a kabbalist, is one of the 10 richest rabbis in Israel with a net worth of tens of millions of dollars.

His charity, Hazon Yeshaya, allegedly stole large amounts of food donations intended for Holocaust survivors and had many other financial irregularities.

The FBI has allegedly received information showing that an Israeli government minister is involved in the complex criminal scandal swirling around a prominent Israeli haredi rabbi and a Republican US Congressman.