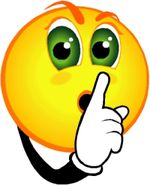 You can smuggle a billion dollars worth of pot and launder the proceeds and still get Torah honors and other perks at Young Israel of Staten Island. But if you talk in shul, you can't.

From the announcements of Young Israel of Staten Island dated January 10, 2014:

…Our Shul is very dear to all of us and is the focal point of our community. It is a place where we gather and pray to Hashem for ourselves, families, friends and K’lal Yisrael. At other times, it is a place where we all come together to share in each other’s simachot. We are taught that an amount of reverence, respect and proper
decorum are needed when entering a Shul. In addition, when entering a Shul to daven, one should be aware of certain halachic guidelines that must be adhered to and possess proper derech eretz and courtesy to the entire tzibbur.

We ask for your wholehearted support and cooperation in maintaining the proper decorum during davening. Please encourage your friends not to talk during davening and if one finds it necessary to talk, please do so in the hallway so you will not disturb the entire minyan and causing davening to be interrupted.

Should there be individuals who are constantly talking week after week and are interrupting the davening, strong consideration will be given to not allowing Kibbudim and Aliyot for those individuals in the Minyan. Please help us so that we may be proud of our Young Israel and its commitment to a proper environment for tefilah to Hashem.…

I'm told that Rabbi Yaakov Lehrfield has actually stopped members from davening from the amud (leading services), receiving aliyot and other honors because they spoke during prayer services.

This may be commendable.

But one can argue that it is anything but that when you also note that Lehrfield allowed the family of convicted billion dollar drug smuggler Jonathan Braun to have his aufruf this coming Shabbat in Young Israel of Staten Island. Braun is on federal house arrest awaiting sentencing for smuggling more than a billion dollars of marijuana and laundering the proceeds.

Why should a convicted felon who has not yet even served his sentence be given a Torah honor while someone who talks in shul isn't?

Arguably, neither should be given honors.

But the drug smuggler has lots of money, critics say, and money confuses rabbis like Lehrfield.

[Update 7:39 pm CST – It turns out that Rabbi Lehrfield's brother is Moshe M. Lehrfield, an attorney who is embroiled in the Eliyahu Weinstein scandal and who may have helped Weinstein hide some of the millions he stole. Hat tips to Typepadder and another reader who pointed out this relationship to me.]

Here is the entire Young Israel of Staten Island announcements for 1-10-2014 as a PDF file:

You can smuggle a billion dollars worth of pot and launder the proceeds and still get Torah honors and other perks at Young Israel of Staten Island. But if you talk in shul, you can't.