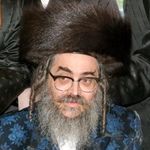 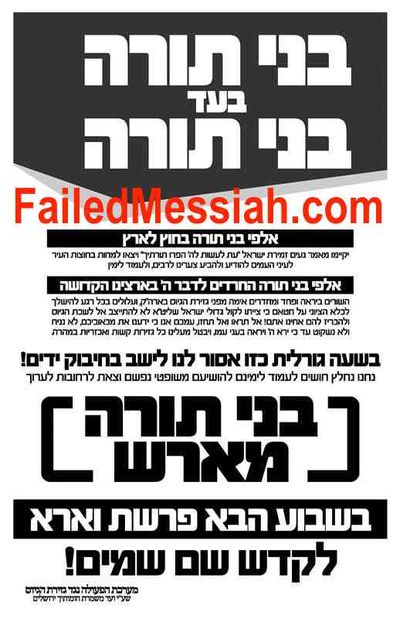 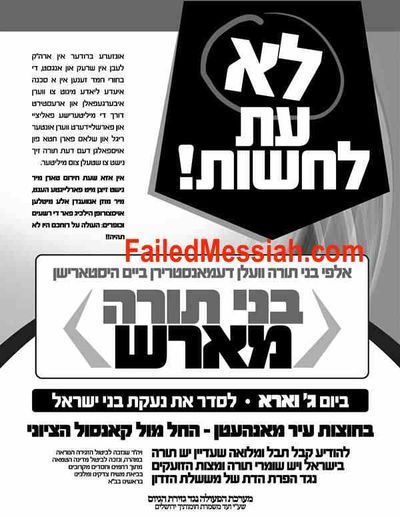 Details on the protest in Hebrew on Behadrei Haredim.

Posted at 10:59 AM in Haredim, Israel, Religion, Religion & State | Permalink