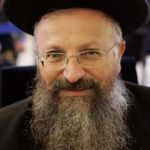 “Military service is inappropriate for a Jewish girl [because it compels her to be involved in situations which] negatively affect her faith and harm her emotionally, and unfortunately, also physically.…We are here to stress the complete prohibition against girls going to the army. Military service causes great damage to girls' faith and values…" 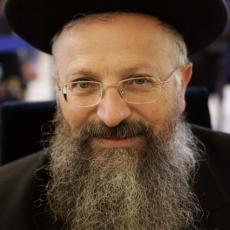 The state-employed Chief Rabbi of Sefat Rabbi Shmuel Eliyahu has announced the establishment of a formal campaign to take place inside state-funded Zionist Orthodox girls high schools that will warn girls not to enlist in the IDF no matter what, Ynet reported.

Eliyahu reportedly said the campaign would warn students against the "danger of serving in the IDF" and called on principals not to allow pro-enlistment "propaganda" to be distributed inside their schools.

Eliyahu – most known for being a racist and a sympathizer of Israel’s extreme right wing – is also a member of Israel’s Chief Rabbinate Council and a leader of Zionist Orthodoxy.

“Military service is inappropriate for a Jewish girl [because it compels her to be involved in situations which] negatively affect her faith and harm her emotionally, and unfortunately, also physically.

"We are here to stress the complete prohibition against girls going to the army. Military service causes great damage to girls' faith and values…The Chief Rabbinate Council, in its recent council meeting, reiterated the ban on girls serving in the army as well,” Eliyahu reportedly wrote the school principals

“We will soon convene a large gathering of principals to strengthen and encourage you in this important mission,” Eliyahu continued, adding that organizations encouraging Zionist Orthodox girls to choose to serve in the military are giving these girls "false data, as if girls who go to the army gather strength during the service.…We recommend that the educational institutions refuse to open their gates to organizations encouraging military service."

Eliyahu also reportedly noted that he has spoken with heads of schools, girls who served in the army and regretted it, and parents of Zionist Orthodox female soldiers.

“They all mentioned the great difficulty in a religious girl's service in a mixed, secular system, which evokes an atmosphere of frivolity and mixture between the sexes,” Eliyahu reportedly wrote.

Eliyahu concluded by asking the school principals to encourage girls to find holy ways of serving the country rather than the impure ways of the IDF.

“Strengthen among the girls the desire and need to serve the people and the country out of sanctity, and in light of the great values they have been educated on. [Encourage them] to look for high-quality places of service [outside the IDF] which fundamentally protect the sacredness of the daughter [of Israel] and provide a suitable spiritual atmosphere of Torah,” Eliyahu reportedly wrote.

Eliyahu’s letter was apparently prompted by the success of recently minted special programs that allow girls to serve in the IDF in ways that do not compromise their religiosity, similar to the special hesder programs for Zionist Orthodox yeshiva students and Nahal Haredim for haredi and right wing Zionist Orthodox enlistees.

Before this, almost all Zionist Orthodox girls chose national civilan service over enlisting in the IDF because of a ruling issued by the Chief Rabbinate and other prominent Zionist Orthodox rabbis decades ago banning women from serving in the military.

But in recent years, Zionist Orthodox girls began to enlist on their own, despite the ruling, prompting the creation of the special programs to make their IDF service more closely comply with halakha, Jewish law.

The moderate Zionist Orthodox Ne'emanei Torah Va'Avodah movement reacted to Eliyahu's letter by sending a letter of its own to Minister of Education Rabbi Shai Piron and to heads of the state’s Religious Education Administration. It reportedly called on them to provide a proper platform for all sides of the debate and positive presented data on Zionist Orthodox girls' enlistment

“Set clear procedures which will provide a respectable stage for each side, which will be given to those capable of respecting the other person's opinion and the civilized rules of disagreement, showing mutual respect and without slandering and offensive statements.

"The State-Religious Education Administration must ensure that those entering its gates can respectfully present their opinion and the opinion of those who disagree with them,” Ne'emanei Torah Va'Avodah reportedly wrote.

“Military service is inappropriate for a Jewish girl [because it compels her to be involved in situations which] negatively affect her faith and harm her emotionally, and unfortunately, also physically.…We are here to stress the complete prohibition against girls going to the army. Military service causes great damage to girls' faith and values…"