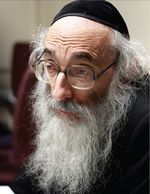 For those very of few of you who were too dishonest to admit the truth last week, here's more proof that Rabbi Moshe Meiselman – the haredi nephew of Rabbi J.B. Soleveichik who falsely claims what he teaches are his uncle's positions and understandings of Jewish law – is dishonest. 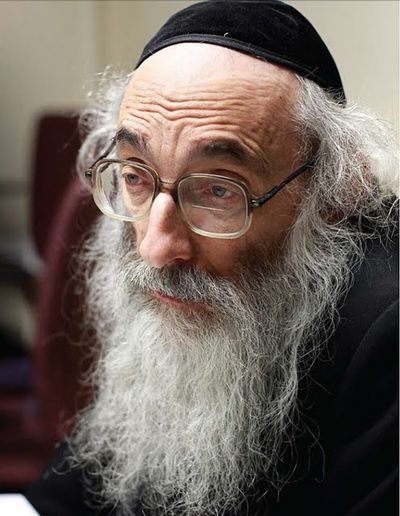 Sure enough, despite the fact that the only way to honestly understand "metzitzah in the traditional way" is by mouth, a small number of Meiselman's defenders tried to claim Meiselman was referring to using a glass tube – just the way his uncle, J.B. Soleveichik, said should be done.

However, that arguement is foolish on many levels – not the least of which is that J.B. Soleveichik was opposed to all metzitzah, no matter how it was done.

But it would not only be an example of disingenuous writing. It would also still be conflicting with the position of his alleged rebbe.

In a post at the Seforim Blog, Dr. Marc Shapiro noted that Rav Schachter wrote a footnote in the second edition recording the view of one of the Rav's talmidim that the Rav was not opposed to metzitzah per se, just to metzitzah b'peh. Someone sent me the following comment:

I spoke to Rav Schachter after I read Marc Shapiro's post and he insisted that Rav Soloveitchik did not require metzitzah at all (he mentioned the Sdei Chemed to me when I asked him how Rav Soloveitchik could say such a thing). When I mentioned Marc Shapiro's post to him, he said one or two of the Rav's talmidim in Israel insisted that the Rav never said metzizah is unnecessary, so Rav Schachter added a footnote to this effect in the next edition of Nefesh Harav. However, Rav Schachter in his conversation with me was insistent that the Rav, indeed, did not require metzitzah at all.

Another person wrote as follows:

I am not into writing reactions (Israelis call them "talkbacks") on blogs, since I have not become accustomed to the 21st Century. But I want to give you a bit of information that is relevant to your discussion of Metzitza. I attended Rav Aharon Lichtenstein's shiurim at Gruss for a number of years, and I clearly remember what he said on the subject during what the guys called "a press conference." He said very clearly that the Rav was against any Metzitza at all, and he expressed this view explicitly at the brit of one of Rav Aharon's sons. To me such a view makes lots of sense, if one understands that it is required in the gemara only because it was then thought that the lack of Metzitza was dangerous.(כי לא עביד סכנה הוא (שבת קלג,ב

And, following this comment, another person wrote to me (unfortunately, he will not let me quote him by name):

I was at the same shiur (= "press conference") of Rav Aharon and he explicitly said that "the Rov" held that no metzitza should be done at all. At the brith of one of Rav Aharon's sons, the Rov was watching "like a hawk" lest the mohel do it.

So, we have the emphatic testimony of two of the Rav's leading talmidim, one of whom is also his son-in-law, that the Rav was against any form of metzitzah, whether by the traditionally prescribed manner of oral suction, or the non-traditional manner of using a tube. (And they have much less incentive to fabricate this position than those claiming that the Rav did insist on metzitzah.) Thus, if Rabbi Meiselman was referring to metzitzah via a tube, he is not only being disingenuous in his writing; he is still demonstrating that his approach to Torah and science is fundamentally at odds with his alleged rebbe.…

Posted at 11:51 AM in Circumcision, Haredim, Med-Ethics, Public Health | Permalink

For those very of few of you who were too dishonest to admit the truth last week, here's more proof that Rabbi Moshe Meiselman – the haredi nephew of Rabbi J.B. Soleveichik who falsely claims what he teaches are his uncle's positions and understandings of Jewish law – is dishonest.