Ballroom Dancing As Couples Therapy For The Orthodox And Haredim 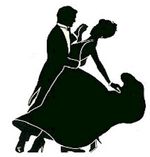 "We have slightly lost femininity and masculinity,. If I look at women today, they are very independent and leading and have an opinion. In dancing the man is the frame and the woman is the picture. In our studio, the woman learns to be a woman.”

“More and more religious couples are coming here, because they want to spend time together," he says. According to Eliyahu, about 40% of the couples dancing in the studio are religious, and the teachers adapt to the restrictions of Halacha. In order to create a modest environment, the teachers in the studio adhere to a strict dress code: The men wear suits and ties and the teachers avoid wearing vests. "Dancing can be linked with immorality, and it's important for us that the studio is respectable, and perhaps that's the reason why religious people feel comfortable in it. In addition, due to the ritual purification laws, on weeks when couples can't dance together they arrive separately for men-only or women-only classes."

One of the religious couples dancing at the studio are Hagai and his wife, who prefer not to reveal their full names. They have been married for 11 years and have four children, but only recently took the courage and decided to try out dances for couples. The desire to dance was his, and he did not immediately succeed in convincing his wife to join him.

"As a religious guy I was very embarrassed, but because I have been in the acting field for years, and my body is an instrument for me – it was easier for me than for my wife," he says.

"Ballroom dancing is not something innocent, it's dealing with one's body, and I just informed my wife that we were going – because if not with her, who would I dance with?" Hagai, 39, first became familiar with the world of dancing as part of acting classes at a religious theater called Aspaklaria. "I learned dancing only with boys, and it was a bit ridiculous," he says. "The religious society has an unresolved issue with the body. Even when I studied acting, the secular teachers used to tell us that we're like news anchors: Everything below the chest doesn't exist for us." Hagai and his wife don't dance with other couples, but only with each other. "There are parties in the studio in which many couples dance together. It's not suitable for us," says Hagai. Another obstacle faced by religious couples who dance every week is the days of Niddah, when a woman goes through menstruation. "We have days when we are forbidden, and it's very embarrassing explaining it. But because the teacher is religious, he doesn't ask unnecessary questions."

According to Hagai, despite the limitations imposed by religion, he insisted on learning ballroom dancing because of the work accompanying it. "In ballroom dancing there is an issue of listening and accuracy. The work in the studio is basically on a relationship. It's an opportunity in daily life to look each other in the eyes."

Liat and Roee, who became religious together and define themselves as haredim, dance in the Nir Eliyahu studio as well. According to Liat, they have both always loved to dance, but since drawing closer to religion the number of opportunities has decreased.

When they celebrated their 10th wedding anniversary, Liat looked for a unique way to mark the occasion. They arrived at Nir and Meital's studio after a long search. "I called a lot of places in Jerusalem and inquired whether there was a possibility to come in for a personal course, because we can't dance with other men and women. When Meital answered the phone, she immediately understood what I was looking for," says Liat. Since then, Liat and Roee have been taking classes with a private teacher, in order to avoid a situation in which Liat dances in front of a man who is not her husband. She says that the fact the teacher also avoided dancing and dressed modestly made the couple feel comfortable. Although they didn't take part in the parties held in the studio, the training at home was as fun, they say. "When we practiced the children would watch us, and then I would grab one child and Roee would grab another child, and we would all dance together.”…

Liat notes that during classes they mostly enjoy the fact that they are spending time together actively. "The dancing is like couples therapy," she says. "For example, you must understand that the man leads the dance, and it took me time to let go and let him lead. The teacher has been working with us on it a lot."

Eliyahu understands what Liat is talking about very well. "As opposed to other dancing styles, here if you're not attentive to your partner – it's worthless," he says.

"In order to dance together, the couple must learn to listen or lead. These are concepts you meet in any type of relationship in life – even between employee and employer."

"We have slightly lost femininity and masculinity," adds Meital. "If I look at women today, they are very independent and leading and have an opinion. In dancing the man is the frame and the woman is the picture. In our studio, the woman learns to be a woman.”…

Ballroom Dancing As Couples Therapy For The Orthodox And Haredim

"We have slightly lost femininity and masculinity,. If I look at women today, they are very independent and leading and have an opinion. In dancing the man is the frame and the woman is the picture. In our studio, the woman learns to be a woman.”