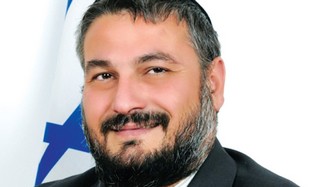 First out of the box was Rabbi Yisrael Eichler, a member of Knesset from the Ashkenazi haredi Untied Torah Judaism Party (UTJ).

“The day will come when the secular regime will place the haredim outside of the law, as was done in Egypt, all in the name of democracy. The haredi community needs to prepare for life under a despotic regime and to struggle with the tools that are still in their hands to protect their religious freedoms.[Russian President Vladimir] Putin’s regime and the supreme court in Egypt also find democratic explanations which are perfect for eliminating their opponents and to trample the human rights in the name of ‘enlightenment,’” Eichler reportedly said.

“The ruling of the district court is precedent setting and without a legal basis, corrupt and racist.… [Its decision lacks even] the minimum required measure of justice a court should possess. Courts in Egypt and Russia are more independent in their rulings as well as more transparent, based in justice of truth. Unfortunately we found this time that the court shamelessly lost its natural desire to display objectivity and honesty. In such a ruling there is no need to permit the court to be heard. It was sufficient to hear the hooligan incitement of the City of Beit Shemesh to deliver such words,” Maklev reportedly said.

Another UTJ MK, Moshe Gafni, said all of the residents of Beit Shemesh, haredi or not, should support Abutbol in the new election. Litzman reportedly called Abutbol an "excellent mayor" and said that an appeal should be filed against "the district court's unjust decision."

On election day, hundreds of false or fraudulent IDs, disguises, voters lists and maps of polling places were confiscated by police in two Beit Shemesh haredi apartments. Investigators believe what they found is only the tip of the iceberg, and that many more fraudulent votes were cast.

Among the evidence Israel’s attorney General Yehuda Weinstein presented in court were text messages to one of Abutbol’s close advisors that showed his likely involvement in the fraud.

Additionally, there were dozens of reports of voters trying to vote for Abutbol’s non-haredi opponent being denied access to the polls. Anti-Abutbol ballots were allegedly intentionally damaged by pro-Abutbol poll workers and batches of ballots were stolen. Dozens of haredim were allegedly caught trying to vote illegally by using a third party’s ID. Some of those caught by poll workers were minors who are local students in haredi yeshivas.

Abutbol won by only 936 votes. But 828 votes were disqualified after the election and many more are suspect.