« Haredi Rabbinic Leaders To Join Satmar’s Worldwide Anti-Israel Protests; "This Is A War Of Life And Death!" | Main | Haredi Über-Thief Eliyahu Weinstein Demands Government Tell Him Which Victims Will Make Statements Against Him At Sentencing »

A Fearful Halakhic Decision Causes Zionist Orthodox Rabbi To Pause – Should He Do It?

A leading Zionist Orthodox rabbi is caught in the storm in freezing temperatures on Shabbat, and his power – and heat – shuts off. But it isn't a widespread power outage. Instead, it's only a breaker in his building and can be repaired with a flick of his wrist. Should he do it? 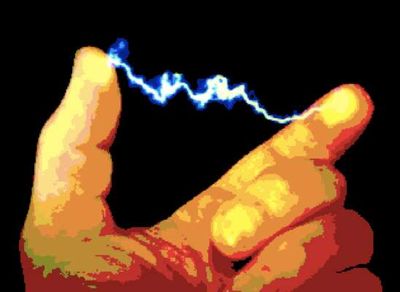 Zionist Orthodox Rabbi Yoni Rosenzweig is the rabbi of a synagogue in Beit Shemesh and a rosh yeshiva (dean) at at yeshiva in Efrat. Rosenzweig and his family were in Beit Shemesh when the massive blizzard hit Thursday night, but were supposed to be in Efrat for Shabbat. But they couldn't get there because the roads were closed.

The roads were opened for a brief time Friday morning before the second wave of snow it, and Rosenzweig and his family drove to Efrat – itself a questionable decision.

But they made it in time for Shabbat only to wake up at 3:00 am to find out that the electricity in the apartment they were staying in had failed. It was extremely cold, and Rosenzweig has young children.

Rafi G picks up the story from there:

When they got back to their apartment on Friday night after the meal, they bundled the kids up in pajamas and put them to bed. At 3:00 am his wife wakes him up to check on the crying baby. He goes to check, calms her and covers her, and then notices all the electricity is off, including all the lights and the heaters. It was freezing cold. He checks the electricity and finds that the main breaker had flipped - it was not part of a general outage as many had been experiencing. This was a localized problem.

Rav Rosenzweig writes that he sat down to consider his options. On the one hand, turning on electricity and the heaters on Shabbos is prohibited from the Torah. On the other hand it is freezing cold, as it would continue to be during the coming day as well. On the one hand, he writes, he knew they could find a way to survive, either by changing apartments or sitting all day bundled in blankets. On the other hand, he could not get them all up and out to another apartment with heat at 3am in the freezing cold. He was concerned about the children getting sick.

Without getting into details, he writes the general ideas he reviewed in order to come to his decision. The rule set by chazal is that regarding cold everyone is called "sick", which gives certain allowances of leniencies. Combining that with the idea of using a shinui  - turning on the electricity in an unusual manner, there could be room for leniency. As well, electricity is not a direct act, as it is manufactured elsewhere, and turning on the flow of electricity is not the direct prohibition.

Rav Rosenzweig concludes by saying he decided to turn on the electricity. In emergency situations one must know how/when to be lenient, even though in day to day life we have plenty of stringencies.

Right? Wrong? I have no idea. The criticism has been quick in coming - talkbacks, articles, forums, etc. I feel that as a rav, who was even bold enough to publicize what he did and open it up for discussion, he clearly felt justified in deciding that there was an element in danger of the kids getting sick and combined it with the use of a shinui. At a time when the Chief Rabbis were allowing trains to run on Shabbos in order to get people out of the freezing cold temperatures and when they allowed emergency services to continue working on Shabbos to get people out of the freezing cold environments, there is definitely plenty of room for him to justifiably have decided there was an element of danger that would allow the electricity to be turned back on. The truth is, though, that I do not know which part of this is more interesting - the psak itself, of which we only know general details, or his publicizing his experience.

• Electricity is not prohibited for Shabbat use from the Torah and is not, according the vast majority of rabbinic decisors, a d'orita (biblical) prohibition. In fact, most of the ruling against using electricity on Shabbat are fanciful and are based on complete misunderstandings of how electricity actually works or on outright lies – and this has been very well documented.

• Electricity use on Shabbat is at best rabbinically prohibited. Many decisors, like Rabbi Shlomo Zalman Auerbach, for example, consider it to be prohibited only by custom and some, like Auerbach, strongly questioned that custom's legitimacy.

• Heat and light generated by newly turned on electricity is, however, the strongest part of the prohibition no matter whose opinion you follow.

• Any threat to life – which is defined expansively by halakha (Jewish law) – overrides even legitimate d'orita prohibitions.

• Rosenzweig really had nothing to think about. He's in the middle of a blizzard with record cold temperatures and snowfalls in a country and location ill-equipped to handle this, and he has little children. He doesn't know if the main power will also fail or if he will be without heat and light for days, not hours, if it does. His only legitimate decision is to turn on the electricity and restore the heat and light immediately. Rosenzweig does this but not immediately. First he wastes valuable time reviewing the halakha and, one can assume, quivering at the thought that he might be violating a biblical prohibition if he flips that switch.

• Orthodox Jews attack Rosenzweig for deciding to turn on the electricity – even though the halakha on this is absolutely clear.

A Fearful Halakhic Decision Causes Zionist Orthodox Rabbi To Pause – Should He Do It?

A leading Zionist Orthodox rabbi is caught in the storm in freezing temperatures on Shabbat, and his power – and heat – shuts off. But it isn't a widespread power outage. Instead, it's only a breaker in his building and can be repaired with a flick of his wrist. Should he do it?