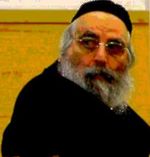 A secretly recorded tape of alleged hasidic serial pedophile Rabbi Baruch Lebovits making incriminating statements to one of his victims appears to have “gone missing” from the Brooklyn District Attorney’s office just as Lebovits is allegedly about to get a sweetheart plea deal from Brooklyn's outgoing D.A. Charles J. Hynes. 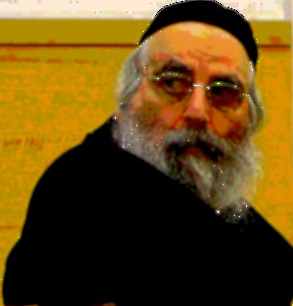 A secretly recorded tape of alleged hasidic serial pedophile Rabbi Baruch Lebovits making incriminating statements to one of his victims appears to have “gone missing” from the Brooklyn District Attorney’s office just as Lebovits is allegedly about to get a sweetheart plea deal from Brooklyn's outgoing D.A. Charles J. Hynes, Hella Winston reported in The Jewish Week.

Last week, the prosecutors on the case against Samuel Kellner, the father of an alleged Lebovits victim who was accused by the D.A. of extorting Lebovits’ family, wanted to dismiss the case against Kellner due to lack of evidence.

The D.A.’s Rackets Bureau Chief Michael Vecchione expelled them from his bureau and, with help of D.A. Charles J. Hynes, demoted them.

Still, the evidence against Kellner has crumbled, with most of the key parts shown to be based on what appears to be perjured and illegally induced testimony and on a blatant mistranslation of a secret Yiddish language tape make by a member of the Lebovits family that purportedly recorded Kellner extorting the family.

Vecchione – who has been excoriated by judges over the withholding of evidence from defendants and what appears to be illegally coerced testimony – “believes there is a case” against Kellner, the D.A.’s spokesman reportedly said.

But the A.D.A. who appeared in court earlier this week knew nothing about the case at all and simply asked for and received a postponement to early January – after Hynes is out of office.

Kellner’s lawyers excoriated the D.A.’s office for “playing games” with the court.

As they have done several times during the past year, they also told the judge they were ready to go to trial immediately.

Meanwhile, Kellner’s lawyers also asked for discovery materials they are entitled to receive under law – including the tape of Lebovits, made under the direction of an NYPD sex crimes detective. On that tape Lebovits apparently admits he sexually abused the boy and instructs the person making that recording to tell the boy to “deny it” if questioned by police.

Prosecutors had previously disclosed a transcript of that tape to Kellner’s attorneys in July as required by law.

Kellner’s attorneys, however, want to hear the tape itself – but the D.A.’s office appears to have ‘lost’ it.

According to the Jewish Week, Kellner’s attorneys also asked for:

• The results of an investigation prosecutors claimed to have undertaken this summer into the relationship between the Lebovits family and Zalmen Ashkenazi. (Ashkenazi is believed by some to have manipulated one of Kellner’s accusers to fabricate allegations against Kellner.)

• Information about two differing versions of the indictment against Kellner were given out to members of the press. (The D.A.’s spokesman has perviously claimed the two radically different indictments were the result of a “computer glitch.”)

• Third party tape recordings of Kellner allegedly delivered to the D.A.’s office. (Prosecutors allegedly previously told Kellner’s attorneys that those tapes have no evidentiary value against their client but did not turn those tapes over.)

The judge reportedly ordered all of this material be “given to the defense in court on November 25,” the Jewish Week reported.

But while Kellner’s actual trial has been delayed yet again by the D.A., Lebovits’ next court date is November 19.

However, sources told The Jewish Week that Lebovits – who was originally sentenced to 10 to 32 years before that conviction was overturned on a technicality that did not directly impact the evidence against him – is likely to get a sweetheart plea deal with little or no jail time.

It is unclear whether the missing tape was ‘lost’ as part of an alleged purge of the D.A.’s office undertaken by top Hynes aides after Hynes lost the Democratic primary to Kenneth Thompson in a landslide two months ago. The alleged purge was first reported on FailedMessiah.com the day after the primary.

Hynes lost the general election to Thompson in a crushing landslide that saw Thompson receiving three out of every four votes cast.

A secretly recorded tape of alleged hasidic serial pedophile Rabbi Baruch Lebovits making incriminating statements to one of his victims appears to have “gone missing” from the Brooklyn District Attorney’s office just as Lebovits is allegedly about to get a sweetheart plea deal from Brooklyn's outgoing D.A. Charles J. Hynes.