The New York State Attorney General's office, which is investigating Lamm's project, reportedly said it “wouldn't dispute” the claim that the agreement between Lamm and Bloomingburg, New York Mayor Mark Berentsen was “improper.” 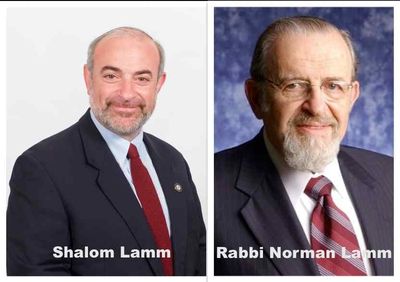 Bloomingburg, New York Mayor Mark Berentsen signed off on what observers believe is an illegal agreement that gave him and his family water and sewer access in exchange for granting developer Shalom Lamm – a son of former Yeshiva University Chancellor Rabbi Norman Lamm – necessary go aheads for construction of what FailedMessiah.com first reported several months ago is a new Satmar hasidic village, Kryas Yated Lev.

According to the Times Herald-Record:

A mayor entrusted with protecting the welfare of his tiny village from the impact of a controversial 396-home development signed off on a deal that gave him, and his family water and sewer service from that development.

But first, Bloomingburg Mayor Mark Berentsen had to approve the sewer and water system.

The access to the system would be on land the mayor and his parents bought from developer Shalom Lamm's Sullivan Farms a year before the development agreement was signed by Berentsen, according to transaction records in the Sullivan County Real Property office.

This apparent quid-pro-quo agreement is clearly stated in the 22 page development agreement signed by Berentsen and notarized by Village lawyer John Kelly in May 2010 – just two months before the project that is now under construction received final Village approval from the planning board.

“As part of the project, SF (Sullivan Farms) will develop a water supply and construct and install a water delivery system to serve the improvements at the Project site,” the agreement reads.

“In addition, upon receipt of the Project approvals....SF will cause the Bloomingburg Water Transportation Company to include in its service the area the Village residences located at 68 Winterton Road, and to certain parcels located on Market Street known as (....) which parcels are located in the Village but outside the project area.”

The parcels referred to, identified by tax map numbers, are those that were sold by Sullivan Farms to the Berentsens and have project easements. The entire water and sewage system would, according to the agreement, be “turned over to the Village upon their completion.” No other specific parcels are mentioned in the agreement. Yet according to the minutes of a Village Board meeting two months before he signed the agreement, the mayor said “they will bring water down Market Street. Not enough for the entire village. But we have a start on public water, We can add on to it.”

At the least, this agreement specifying services for the mayor's private land that are contingent on his approval gives the appearance of impropriety, say legal and government observers. At worst, it could be illegal.…

The state Attorney General's office, which is investigating the circumstances surrounding the entire project, would only say it “wouldn't dispute” the claim that the agreement was “improper.”…

All Posts On The Scandal Surrounding The New Satmar Village.

The New York State Attorney General's office, which is investigating Lamm's project, reportedly said it “wouldn't dispute” the claim that the agreement between Lamm and Bloomingburg, New York Mayor Mark Berentsen was “improper.”