Judge Rules NYPD Has To Allow Chabad Hasidic Officer To Have Untrimmed Beard, Despite Dangers It Poses To Citizens, Other Officers Fishel Litzman, a Chabad hasid fired in 2012 by the NYPD for refusing to cut his beard, won his federal lawsuit against the city Friday. 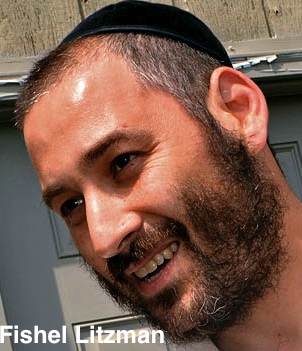 Judge Rules NYPD Has To Allow Hasidic Officer To Have Long Beard, Despite Dangers It Poses To Citizens, Other Officers
Shmarya Rosenberg • FailedMessiah.com

A Chabad hasid fired in 2012 by the NYPD for refusing to cut his beard has won his federal lawsuit against the city Friday, the New York Daily News reported.

“I want people to know that you can follow your dreams and never have to compromise your religion. That’s what makes this county so great,” the 39-year-old former rookie cop Fishel Litzman reportedly said.

Litzman was reportedly a month shy of graduating from the Police Academy when the NYPD fired him.

NYPD regulations limit beards to no more than 1 millimeter in length.

The NYPD and the city claimed that Litzman would put himself and others at risk if he needed to wear a gas mask because his facial hair would cause the mask to improperly seal creating a danger to Litzman and to the fellow officers he works with and to the citizens he was sworn to protect.

Nathan Lewin, Litzman’s attorney, argued that was a manufactured “after-the-fact rationalization” – even though the Government of Israel has made the exact same point about its gas masks and, during the last crisis, refused to distribute them to haredim who had not shaved.

Federal Judge Harold Baer reportedly ruled that the NYPD would suffer an “undue hardship” if every officer wasn’t capable of wearing a gas mask that properly seals without the interference of facial hair.

But Baer also reportedly noted that the NYPD could not provide documentation that the 1-millimeter restriction is actually an official NYPD regulation. He also pointed out that the NYPD failed to enforce the facial hair regulation against undercover officers and other cops not claiming a religious exemption.

Baer criticized the NYPD and told Lewin to submit a “proposed order” within 10 days.

“We’re going to ask that he be reinstated. We hope this is the beginning of the end of the [NYPD’s] refusal to grant full religious accommodations to applicants who may not, for religious reasons, trim their beards,” Lewin – who has also fought beard and yarmulke battles for haredi military personnel – reportedly said.

The NYPD disagreed with Baer’s ruling.

“We respectfully disagree with the court and are considering our options,” and NYPD legal department spokesperson reportedly said.

Litzman just wants to get back to work.

“The primary objective was always to get back into the academy and do what I always dreamed of doing,” Litzman reportedly said.

Chabad Hasid Fored By NYPD For Refusing To Trim Beard.

Judge Rules NYPD Has To Allow Chabad Hasidic Officer To Have Untrimmed Beard, Despite Dangers It Poses To Citizens, Other Officers

Fishel Litzman, a Chabad hasid fired in 2012 by the NYPD for refusing to cut his beard, won his federal lawsuit against the city Friday.