Close your eyes and ears Rush Limbaugh, Dennis Prager, Congressional Republicans and the Tea Party. Climate change destroyed the most advanced civilizations in the ancient world. 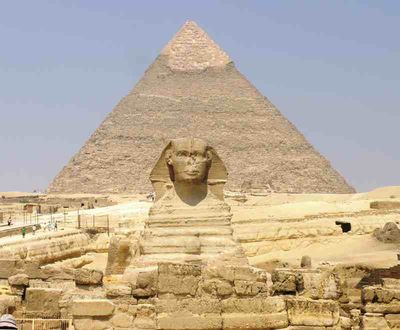 It was an unprecedented era of destruction.

During the 150-year period between 1250 BCE and 1100 BCE, every great civilization in the Eastern Mediterranean crumbled or was destroyed.

Out of that destruction, chaos and upheaval eventually came the formation of new kingdoms –  including the first Israelite Kingdom.

But what caused that widespread destruction in the first place?

This question, which puzzled scientists and historians for centuries, appears to have finally been answered – and Rush Limbaugh, Dennis Prager, Congressional Republicans and the Tea Party almost certainly won’t like the answer.

A new study published last week in Tel Aviv: The Journal of the Institute of Archaeology of Tel Aviv University found that a very prolonged period of reduced precipitation caused severe droughts, which in turn caused widespread famine, which in turn sparked instability, chaos and mass migration in search of food.

The study, which was reported in the Israeli daily newspaper Ha’aretz, is based primarily on fossilized pollen recovered from deep under Lake Kinneret (which is also known as the Sea of Galilee), the study also used a sediment strip from the Dead Sea's western shore.

"Pollen is the most enduring organic material in nature," palynologist Dafna Langgut, who co-authored the study along with Israel Finkelstein of Tel Aviv University, Thomas Litt of the University of Bonn, and Mordechai Stein of Hebrew University's Earth Sciences Institute, reportedly said.

According to Finkelstein, it was the unprecedented frequency of the time periods of the core samples taken that made the study work.

“The advantage of our study, compared to pollen investigations at other locations in the Middle East, is our unprecedented frequency of sampling - for about every 40 years. Pollen is usually sampled for every several hundreds of years; this is logical when you're interested in prehistoric matters. Since we were interested in historical periods, we had to sample the pollen more frequently; otherwise a crisis such as the one at the end of the Bronze Age would have escaped our attention,” Finkelstein noted.

The correlation between the study’s climate findings and the available historical and archaeological record is shocking and reveals the prolonged, widespread destruction that plagued the region.

In that 150-year period at the end of the Bronze Age many cities were destroyed by fire.

Ancient documents from across the region speak about severe droughts and famines during that same period.

The study’s authors reportedly used a model proposed by Ronnie Ellenblum of Hebrew University. Ellenblum studied ancient documents that describe similar conditions in the 10th and 11th centuries CE – about 2600 years after the time period studied in the Langgut-Finkelstein-Litt-Stein study – in eastern parts of the region.

Ellenblum’s study found that a drop in rainfall joined with devastating cold to destroy crops.

The authors of the new study say the same basic process took place at the end of the Bronze Age. Severe cold in the north of the region and a drop precipitation in the east of the region destroyed crops and caused famines which in turn sparked the mass migration of peoples to find food and a stable place to live. This pushed
"large groups of people to start moving to the south in search of food," Egyptologist Shirly Ben-Dor Evian of Tel Aviv University reportedly said.

Posted at 03:37 AM in History, Israel, Science | Permalink

Close your eyes and ears Rush Limbaugh, Dennis Prager, Congressional Republicans and the Tea Party. Climate change destroyed the most advanced civilizations in the ancient world.