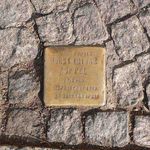 The City of Munich has allegedly refused to allow Stolpersteines – individual Holocaust memorial plaques widely used across Europe – to be embedded in the sidewalks in front of Holocaust victims' homes. 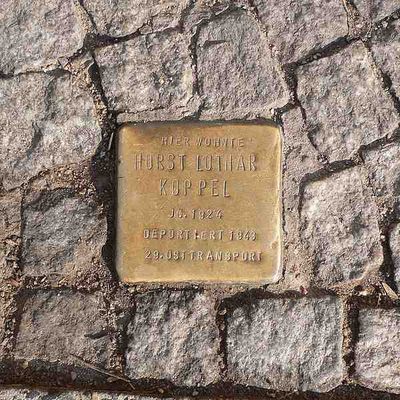 A Stolpersteine outside of Munich

Stolpersteine: the world’s largest project of commemoration of the Shoah

In 2004, the city council of Munich banned Stolpersteine. Since then, it has refused to rescind this ban.

To understand why this is so terrible, you have to know what Stolpersteine are, and why they are so important.

“Stolpersteine” is German for “stumbling blocks”, and they constitute the largest project of commemoration of the Shoah in the world.

Each Stolperstein commemorates a victim of the Shoah.

Each is placed in the sidewalk in front of the building in which the victim lived before being dragged off by the Nazis to be murdered.

Each is commissioned by persons who have dedicated themselves to commemorating their family members, friends, neighbors.

Each Stolperstein is manufactured by hand and installed in the sidewalk by Gunter Demnig, the Cologne-based artist who launched this movement in 1994.

Each Stolperstein thus enables passersby to get to know and remember one of the people killed in the Holocaust.

2013 has been a memorable year for Stolpersteine.

These figures have been made possible by the support accorded by all groups of victims of the Shoah, including the LGBT (Lesbian, gay, bisexual and transsexual) community, the Sinti and Roma, and, of course, the Jews.

The directors of the Central Council of the Jews in Germany are Dr. Dieter Graumann, Dr. Salomon Korn and Dr. Josef Schuster. All have long been vociferous advocates of the Stolpersteine, as are Angela Merkel, Germany’s chancellor, and Joachim Gauck, the country’s president.

This support is found throughout world Jewry, by such international figures as Baroness Rabbi Julia Neuberger of London and Rabbi David Ellenson (president of the Hebrew Union College – Jewish Institute of Religion). Yad Vashem also cites the Stolpersteine as being an exemplary project.

2013 has also been a year of strong support for Stolpersteine Munich, in which major groups of victims and the media have strongly urged the municipal government to rescind its “shameful and shaming” ban – enacted in 2004 - on the Stolpersteine.

Despite this overwhelming support, Stolpersteine remain prohibited on public property in Munich, although the city was the breeding ground of the Nazi movement – and although these “stumbling blocks” are found in the city’s suburbs and other surrounding communities.

indicating their support for the rescinding of this ban.

The City of Munich has allegedly refused to allow Stolpersteines – individual Holocaust memorial plaques widely used across Europe – to be embedded in the sidewalks in front of Holocaust victims' homes.