Daniel Robert "Gug" Hayman was granted permission to leave the Australia despite being charged with a third offense relating to the indecent assault of a 12-year-old boy. 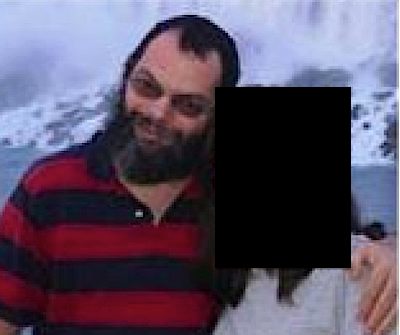 Daniel Robert Hayman, 49, was granted permission to leave the country despite being charged with a third offense, relating to the indecent assault of a 12-year-old.

Documents tendered to the court reveal he “exposed his naked body” to the young boy in the 1980s.

Police allege one of the victims was molested at a Yeshiva camp at Stanwell Tops.

Two others were abused at private homes in Bondi and Bondi Junction.

Fairfax Media understands Mr Hayman was a volunteer at the centre and assisted with various festivals.

His arrest and charging is likely to put some of Australia's most senior rabbinical figures under scrutiny over their failures to act on complaints by victims.

Despite complaints, the accused was never reported to police and was able to leave Australia to live in the Los Angeles Jewish community, where leaders shielded him.

A statement issued by the centre in November said the accused was never an employee or teacher and his work as a volunteer did not include responsibility of any children.

Mr Hayman was initially refused bail after he was arrested at Queens Park on November 4 but later released.

Magistrate Clare Farnan varied his bail conditions to allow him to fly home to his wife in LA after his father offered $500,000 surety on top of the $500,000 Mr Hayman had already put up.

The court heard the accused had the responsibility of a disabled child and his father was unwell.

Ms Farnan excused Mr Hayman from appearing the next time his matter was mentioned at the Downing Centre Local Court on December 10.

“I will excuse him if he is legally represented but if a plea is entered he needs to be there,” she said.

The accused read from a small black book during the half-hour proceedings as his father and sister sat behind him.

Fairfax Media has previously revealed Mr Hayman told one of his alleged victims that Yeshiva spiritual leader Rabbi Pinchus Feldman had admonished him about 25 years ago over his relationship with a boy.

The leader of the Organisation of Rabbis of Australasia, Moshe Gutnick, in March said he failed to alert police to an anonymous complaint about Mr Hayman in the 1980s.

Rabbi Gutnick said in hindsight he was wrong not to alert police. Rabbi Feldman said he had no recollection of any confession of child sex abuse 25 years ago.

In the tape recording, Rabbi Baruch Lesches said some of Mr Hayman's alleged victims may have consented.

Rabbi Lesches, who was at the Bondi Yeshiva at the time of the alleged incidents and now a Jewish leader in [Monsey,] New York, also cautioned against reporting Mr Hayman to police.

He later apologised for his private remarks the audio of his discussion about Mr Hayman was released.

Strike Force Bungo was formed in 2012 to investigate child sexual abuse in the Jewish community in Sydney's east.

Detectives are urging anyone with more information to come forward by contacting Crime Stoppers on 1800333000.

Daniel Robert "Gug" Hayman was granted permission to leave the Australia despite being charged with a third offense relating to the indecent assault of a 12-year-old boy.