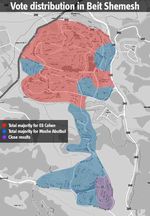 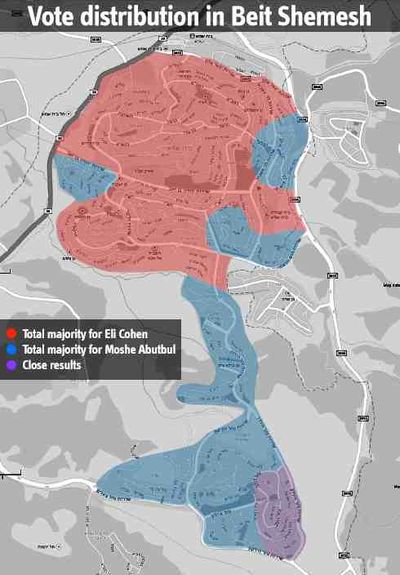 Those votes alone would have given the election to Cohen.

But the alleged voter fraud went far beyond that. Eight haredim were arrested and more than 200 state IDs were confiscated along with disguises and voting instructions. The IDs belonged to Beit Shemesh haredim who currently live abroad and extreme anti-Zionist haredim who won’t vote themselves – but apparently were willing to rent their IDs to Aubtbol’s operatives for the day.

Cohen’s campaign reportedly claimed 30 more people will be called in for questioning today by police in connection with the alleged fraud.

“I support all efforts to investigate election fraud through the courts in order to make sure that the democratic outcome of the election is accurate,” Member of Knesset Dov Lipman, who lives in Beit Shemesh and who is a long time opponent of Abutbol, told the Post.

A petition calling for the official election results to be delayed until the police investigation is completed was reportedly signed by more than four thousand residents of Bet Shemesh on Wednesday alone. The total population of the city was only about 80,000 in 2010, and about half of the population today are haredim – although many are children below voting age.

A petition demanding the separation of Beit Shemesh into two cities, one haredi and one not, got over sixteen hundred signatures. Israel’s Interior Minister Gideon Sa'ar is reportedly considering the idea. Eli Yishai, the Sefardi haredi Shas Party member who was Interior Minister in the previous government,  previously oppsed the idea because the haredi city would be economically unviable because so few haredim actually work or pay taxes.

Abutbul – notorious for allowing haredi thugs to attack, spit on, hurl stones at and otherwise harass women and little girls they view as whores because they do not dress as haredi women do – called on his opponents to respect the “rules of democracy” – the same rules Abutbol has repeatedly ignored.

A line of hundreds of cars filled with secular and Zionist Orthodox residents reportedly stretched for blocks. It wound it’s way around Beit Shemesh, headed toward the demonstration in front of city hall. When it passed through haredi neighborhoods, haredim reportedly tried to block it as hundreds of black clad haredim lined the road and pressed toward the cars, but were held back by the police.

But as the cars passed through the most extreme haredi neighborhood of Ramat Beit Shemesh Bet, haredim lining the streets reportedly threw ballots at cars, pounded on car windows and blocked traffic while hundreds of unsupervised haredi children reportedly wandered around the streets and police did little to protect drivers.

Police – who have spent years ignoring extremist haredi crime and violence and who are closely llinked to Abutbol – estimated the anti-Abutbol crowd at a 1,000. The Jerusalem Post put the number at about double that and Ha’aretz reported that “thousands” of people joined the anti-Abutbol demonstration.

The voter fraud in Beit Shemesh closely mirrors voter fraud discovered in multiple elections in Satmar hasidic areas of Williamsburg, Brooklyn and Borough Park. The extreme haredi sects in Beit Shemesh are part of the anti-Zionist haredi umbrella organization Edah Haredit, which itself is intertwined with Satmar.

Shmuel Peppenheim, a Toldos Aaron hasid who at one time served as the Edah Haredit spokesman but who has lately issued statements seen as more liberal than and independent of the haredi umbrella group, has lived in Beit Shemesh for many years. After the election he reportedly wrote on his Facebook page that he is thinking of leaving the city because of Abutbul's victory. Abutbul, Papenheim wrote, "is leading the city in the wrong direction.”