Nasty Politics: American Couple Barred From Marrying In Israel By Haredi Chief Rabbis; Could Yeshiva University Rabbis Be To Blame? 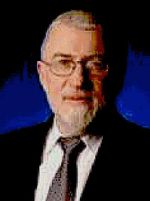 Israel’s haredi Chief Rabbinate has refused to marry an American couple over doubts of their Jewishness and unmarried status, and that refusal has tentacles that appear to reach across the Atlantic to Yeshiva University's rabbinical school in New York. 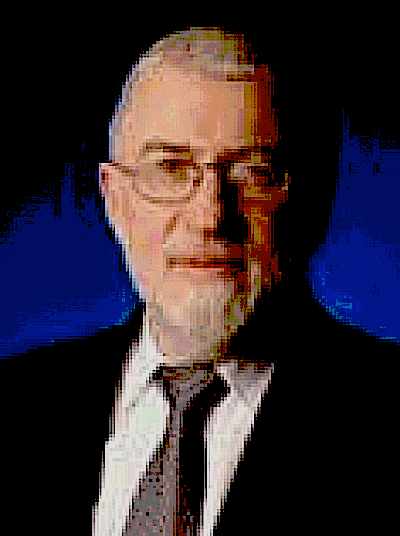 Israel’s haredi Chief Rabbinate has refused to marry an American couple over doubts of their Jewishness and unmarried status, the Jewish Week reported.

That refusal has tentacles that appear to reach across the Atlantic to Yeshiva University's rabbinical school in New York.

But since haredim fully took over the chief rabbinate more than a decade ago that changed. Now only certain Orthodox rabbis’ are deemed acceptable for this verification while others – especially well known well-known liberal-leaning Modern Orthodox rabbis – are not.

Enter Rabbi Avi Weiss, the ‘dean’ of liberal-leaning Modern Orthodox rabbis in the US, a staunch Zionist who was a fierce fighter for oppressed Jews in the Soviet Union and still is so for many pro-Israel causes. Weiss is also the founder of Yeshiva Chovevei Torah, an upstart competitor to Modern Orthodoxy’s flagship Yeshiva University’s rabbinical school – which has moved ever farther into religious right wing nuttiness under the two decades of leadership of Rabbi Hershel Schachter.

Weiss is also a founder of the International Rabbinical Fellowship, an upstart liberal-leaning Modern Orthodox competitor of the heavily Schachter-influenced Rabbinical Council of America (RCA).

Schachter hates Weiss, Chovevei Torah and the International Rabbinical Fellowship, and so so do many of YU’s leading rabbis and the leadership and rank-and-file members of the RCA.

Several years ago, Schachter and the RCA (under the past leadership of Rabbi Basil Herring) essentially sold out Weiss and many other valid Orthodox rabbis in a deal with (now former) Sefardi haredi Chief Rabbi of Israel Shlomo Amar.

Schachter and the RCA thought they were getting near-exclusive control over conversions in the US (that turned out not to be the case, at least at first) and validation from Amar’s haredi chief rabbinate, and they intended to use that control to ostracize Weiss and any other valid Orthodox rabbis they disliked – even if that dislike was based solely on anger over competition rather than on theological grounds. As part of the deal and at Amar’s demand, the RCA set up special conversion courts and, in the process, essentially decided which rabbis could and which could not perform conversions – even though halakha does not mandate such courts and does not even require that the men performing the conversion be rabbis.

Amar envisioned these courts as the gatekeepers of Jewish status in the US.

But more than that, testimony from rabbis who were looked down upon by these courts – and by Schachter and his immediate disciples – would allegedly not be considered valid by Amar’s rabbis when it came to vouchsafing a couple’s Jewish or single status.

In practice, dislike Weiss or not, hate his move to try to ordain women rabbis or his launch of Chovevei Torah or not, Amar’s rabbis still allowed Weiss to vouch for couples’ Jewishness and single status.

But Amar is no longer chief rabbi.

His replacement, Rabbi Yitzhak Yosef, the son of the late Sefardi haredi leader (and himself a former chief rabbi of Israel) Rabbi Ovadia Yosef, has no real US experience. He doesn’t know the wider US Jewish community. Amar was in a similar situation when he made the conversion deal with the RCA several years ago, but he quickly learned. Yosef has not had time to do so.

His Ashkenazi haredi counterpart, Rabbi David Lau, is very young, marginally qualified and has no real US experience either.

Each has his own handlers surrounding them, some occupying patronage positions in the rabbinate. Again, US experience is sorely lacking.

And that gives outsized power to the vindictive, emotionally immature Schachter and his followers.

And that appears to be why Rabbi Avi Weiss’ letter vouching for the couple was rejected by the chief rabbinate.

The Jewish Week asked the chief rabbinate for the basis of its rejection of the Weiss letter.

Rabbi Itamar Tubul, the new secretary in charge of personal status matters and people converted outside of Israel, said Weiss was not on the approved list of rabbis.

“We checked and found that three rabbis from Riverdale” were recently approved for the purposes of marriage registration “and that Weiss was not one of them.” If the Weiss’ letter was rejected by us “it means he’s been checked and his document was not found [to be] valid,” Tubul reportedly said.

Rabbi Seth Farber is the director of ITIM, which helps non-haredim, especially secular Jews, deal with the rabbinate’s notorious bureaucracy, reportedly said the Weiss letter was one of “about 10” that he knew of, all written by Orthodox rabbis during the past six months, all of them rejected by the chief rabbinate.

Farber reportedly said that the local state-funded Jerusalem rabbinical court “sent us back a letter saying it had checked with the national rabbinate office and that Rabbi Weiss is not registered for the purposes of certifying Jewishness and single status for people who are born Jewish.”

Weiss reportedly claims the rabbinate had previously accepted “countless” letters from him vouching for couples’ or individual’s Jewishness and single status.

“Halachic sources are exceptionally clear that no [special] beit din is required for certification. Throughout Jewish history, local community rabbis have always been trusted to certify the status of their community members. [The new chief rabbis’ handlers] have taken it upon themselves” to make the the process more stringent, Farber reportedly said. He also called on Diaspora Orthodox communities to “put pressure on Israel’s religious establishment to have their rabbis recognized.”

If the Orthodox world does not fight against these new stringencies, Farber reportedly said, “I’m concerned that this will cause a greater fissure between the religious establishment of Israel and diaspora Jewish communities.…My overwhelming sense is that the list of Orthodox rabbis who are recognized is shrinking considerably, particularly regarding newly ordained rabbis” – even if those new rabbis were ordained at Yeshiva University or serve in major US Orthodox synagogues.

“The rabbinate is heading in the direction where they will no longer accept any community rabbi and will instead insist on rabbinical courts certifying someone’s Jewishness, a situation that is completely unmanageable in North America. ITIM can continue fighting one case at a time, but ultimately we need to change the system,. It is inexcusable that “Who is a Jew” is being decided in this way,” Farber reportedly said.

ITIM recently asked the Knesset to compel the chief rabbinate make its list of accepted Diaspora rabbis public. So far, that has not happened.

Weiss complains that the rabbinate was being unduly influenced by “people who whisper in their ear.”

“My hunch is that it’s political, having to do with the institutions I’m involved with.”

The Israeli chief rabbinate’s rejection of “respected” Modern Orthodox rabbis “is deeply insulting to these rabbis and even more importantly, to their own communities. [Diaspora Jews] frankly don’t’ know why the State of Israel allows the chief rabbinate to undermine the credentials of religious Zionist rabbis who are among the staunchest and most vocal supporters of the State of Israel,” Weiss reportedly said.

Rabbi Mark Dratch, the current executive vice president of the RCA, said the RCA was aware of problems with how the Israeli chief rabbinate views American Orthodox rabbis and of its rejection of the Weiss letter.

Update 4:28 pm CDT – The American couple was eventually married in Israel – not by using the Weiss letter, though. Instead, Farber had to find other ways himself to prove their Jewishness.

Nasty Politics: American Couple Barred From Marrying In Israel By Haredi Chief Rabbis; Could Yeshiva University Rabbis Be To Blame?

Israel’s haredi Chief Rabbinate has refused to marry an American couple over doubts of their Jewishness and unmarried status, and that refusal has tentacles that appear to reach across the Atlantic to Yeshiva University's rabbinical school in New York.