An investigation into child sexual abuse claims leveled at a another Chabad Yeshivah College rabbi-teacher have ramped up this week, with at least three people now reported to be assisting police with their investigation. 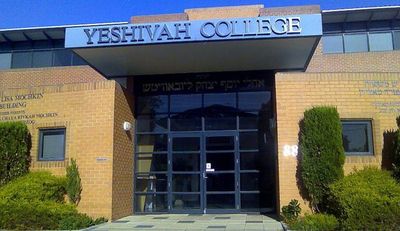 AN investigation into child sexual abuse claims levelled at a [Chabad] Yeshivah [College] employee have ramped up this week, with at least three people now understood to be assisting police with their inquiries.

Last week The AJN reported that a statement had been made to police alleging a string of abuses against a former student of the school and it can be revealed this week that two more people are assisting police with their inquiries. It is understood that the employee at the centre of the latest scandal is yet to be interviewed by police.

The alleged abuses happened some time ago, though The AJN has opted not to publish the dates as to conceal the identities of the victim and the alleged perpetrator, who remains in close contact with children at the school today.

College principal Rabbi Yehoshua Smukler told The AJN he had contacted the police and been advised that “at present, we have no need for concern, and that [police] would be in immediate contact with us should the need arise.”

In a statement to The AJN a spokesperson from the Police Media Unit said they were “not in a position to confirm or deny” that an investigation was underway.…

At least one alleged victim claims he was horrifically raped by in the Yeshivah College synagogue.

The alleged rapist – who is a Yeshivah employee (a rabbi/teacher, I believe)  – asked him for forgiveness after the rapes as Yom Kippur approached.

The alleged victim claims he has never had a relationship or a steady job because of the trauma from the rape – which he reportedly says caused him to suppress it until recently.

The alleged rapes were reported to police this week and police are said to be investigating the claims.

Chabad’s Yeshiva College has been racked by child sex abuse scandals over the past several years.

• Former teacher Rabbi David Kramer  - who fled Australia with the help of Chabad to avoid prosecution – went on to sexually abuse a boy in St. Louis and was convicted and imprisoned there. He was extradited to Australia after serving his US sentence and pleaded guilty. He awaits sentencing.

• Yeshivah security director and martial arts teacher David Cyprys – who had an earlier pedophilia-related conviction but who was allowed to work at the Chabad school anyway – was convicted on child sex abuse charges (and pleaded guilty to other child sex abuse charges) involving more than 10 victims. He is awaiting sentencing.

• A regular substitute teacher at the Chabad school has also been charged with sexual abuse.

An investigation into child sexual abuse claims leveled at a another Chabad Yeshivah College rabbi-teacher have ramped up this week, with at least three people now reported to be assisting police with their investigation.