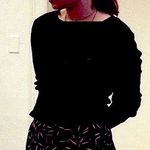 Sources in two of the large mobile providers note that the decision to block these numbers was made exclusively by the haredi Rabbinical Committee for Communications, which is responsible for certifying the so-called kosher phones as kosher.

The numbers for rape crisis centers – 1202 for women and 1203 for men, as well as the ERAN emotional first-aid hotline, are all non-accessible for subscribers of kosher-certified mobile services for the ultra-Orthodox public in the different cellphone providers.

An attempt to dial these numbers from cellular phones subscribed to the "kosher" service leads to a recorded message saying that the number dialed is not accessible in accordance with the terms of the program.

The ERAN hotline is accessible from phones registered with the Partner mobile provider, while the rape crisis centers' numbers are blocked.

In March 2012, the Knesset enacted a law determining that emergency numbers – including the ERAN and rape crisis centers hotlines – would be toll-free. According to a bill initiated by Knesset Members Orly Levi-Abekasis (Yisrael Beiteinu) and Gideon Ezra (Kadima), calls made to these numbers will not appear on the phone's dialed numbers in order to make the service discreet and as accessible as possible for all parts of the population.

But now it turns out that as a result of grey areas which are not defined in the law, cellphone providers have been subject to the pressures and dictations of a body known as the Rabbinical Committee for Communications.

Sources in two of the large mobile providers note that the decision to block certain numbers was made exclusively by the Rabbinical Committee for Communications, which is responsible for permitting the kosher-certified mobile service.

According to one of these sources, the committee submits a list of numbers to the cellphone providers which it asks to block to the subscribers of the "kosher program."

"Criticism in regards to the committee should be directed at the Communications Ministry, which allows it to block certain numbers," source notes.

"The mobile providers' hands are tied. As long as the Communications Ministry allows the committee to block these numbers, we are committed to the terms set by the committee. Otherwise they will cancel our kosher program."

The Communications Ministry, however, says that emergency numbers according to their definition – 100, 101, 102, 104 – are accessible on "kosher" phones as well, and that the law does not clearly define the inclusion of ERAN and rape crisis centers' hotlines in the basic cellular programs, a matter which the ministry is now holding a special inquiry into.

Y., a haredi using a "kosher" cellphone wanted to call the ERAN hotline. He told Ynet that at the time, in the great state of distress he was in, he was not interested in turning to aid centers for the haredi population, and wanted discuss his emotional situation with a neutral service provider.
He quickly learned that he was unable to access the general emergency services from his cellphone. "Blocking such a crucial service should lead to a huge public protest," he told Ynet. "It's unthinkable that I would be restricted, as a citizen, from turning to whoever I want to at a time of distress." "What next?" added Y.'s friend. "Tomorrow they'll tell me I can't call Magen David Adom, but only a haredi rescue organization? There is a reason why these are emergency numbers, and it's unthinkable that the State of Israel as a governmental body lends a hand to such blatant blocking."…

Sources in two of the large mobile providers note that the decision to block these numbers was made exclusively by the haredi Rabbinical Committee for Communications, which is responsible for certifying the so-called kosher phones as kosher.